The New Hamburglar is Kinda Creepy!

Back in the 1970s, the McDonald's character now known as "Hamburglar" was a weird elderly troll who would flash open his cape to reveal the cryptic T-shirt slogan "Lone Jogger." Later he became a chubby, child-like cartoon who constantly babbled the nonsense phrase "robble robble." The role of Hamburglar is now played by an adult human actor, but he still says "robble robble," and he definitely looks like the type of guy who'd be referred to as "The Lone Jogger," probably in a police bulletin that starts with "We're looking for a man who calls himself ...." This new Hamburglar has already branched into crimes other than burger theft, and the SA Goons caught him in the act!

McDonalds has "re-invented" the classic Hamburglar. Instead of a moon-faced petty thief who loves shitty hamburgers, he's now a scruffy man wearing a Lone Ranger mask. Here is the new Hamburglar in all his creepy goodness: 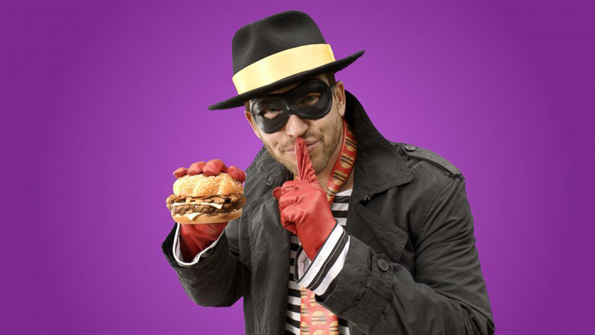 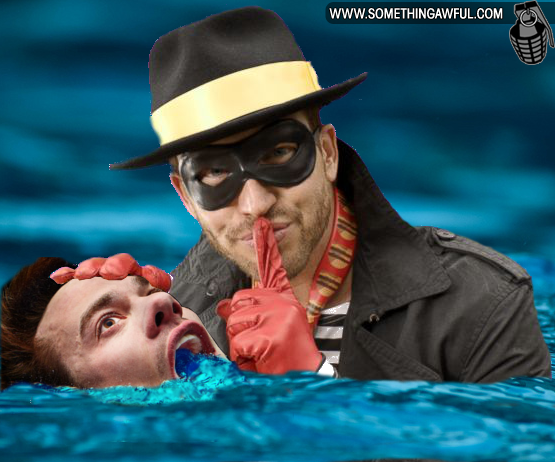