Friday, Jul 15, 2005 by Josh "Livestock" Boruff (@Livestock)
Advertising is everywhere these days, and impossible to escape unless you live inside a cave. But even then there is a chance the cave is owned by Pepsi. Now a days are cities are wretched hives of scum and villainy, riddled with annoying billboards just like the Mos Eisley Cantina was riddled with scummy villains. Armed with a lot of pictures of Times Square taken by forum goon TheSniperZERO as well as pictures not taken by said goon, the goons had a goony time scarring landscapes with terrible billboards. In the end, the Something Awful Forum Goons proved that while advertisements are bad, they could be worse

TheSniperZERO got things started by visiting a doctor and having this image removed from his left lung. 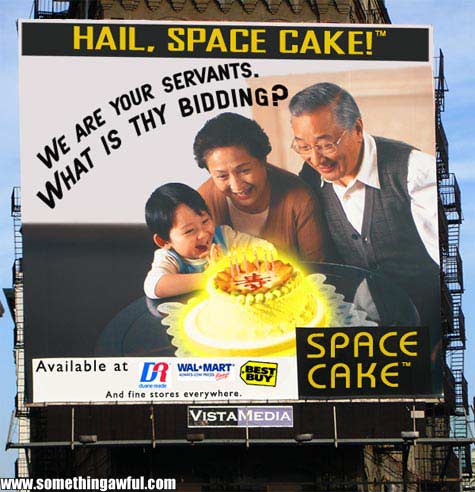 Unkempt worms his way into our hearts! :) 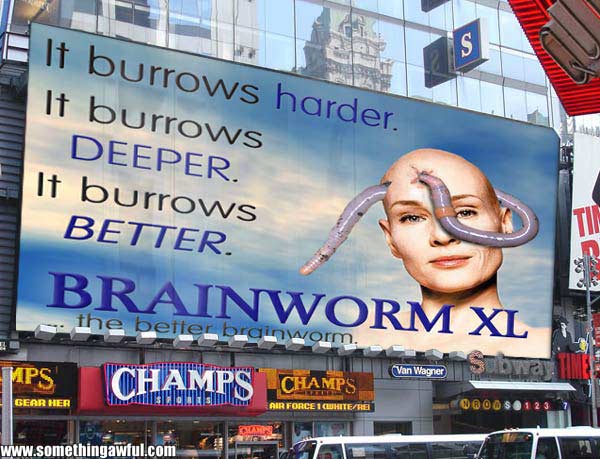 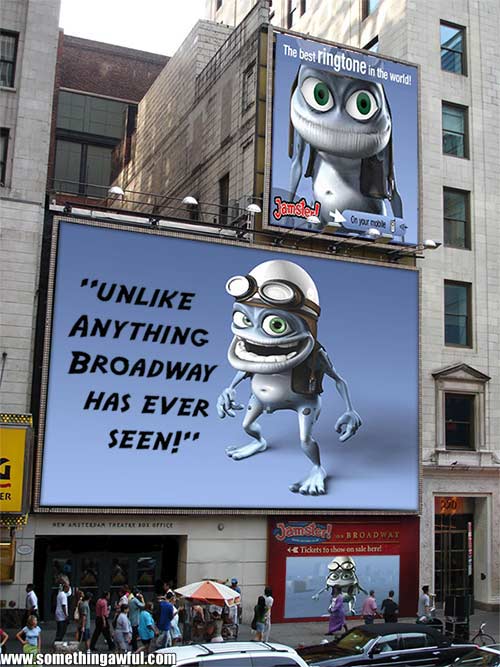 p00nlog lost his "O" key in a traffic accident and was unable to properly type the first half of his username, but thankfully a new "O" key was installed and he was able to finish typing his username properly. 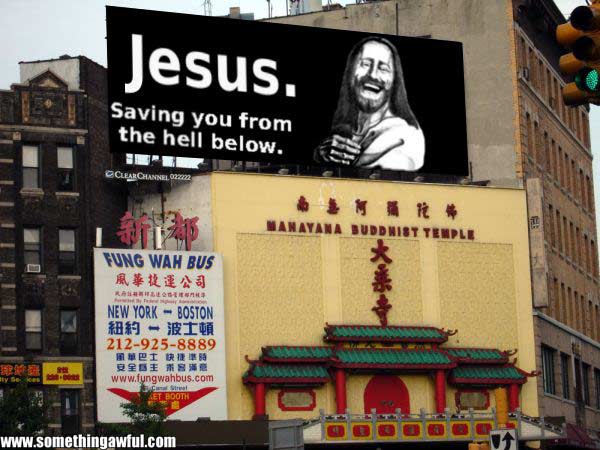