Kiefer Sutherland once screamed "The fucking mirrors! They are everywhere!" I guess that's because he was quitting cocaine, and he saw tempting paraphernalia at every turn. Anyway, the Something Awful Forum Goons have vindicated Sutherland's paranoid ravings by generating a treasure trove of symmetrical grotesqueries. Their mirrors reflect something beyond our reality -- an alternate dimension that's uglier and scarier, but also funnier.

Noggut gave himself a high-five for starting this theme. 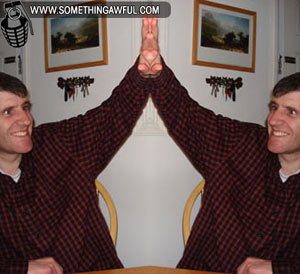 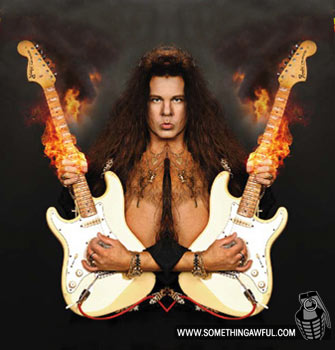 Reflir hasn't actually heard "TonKKnot," but they must rock with fans like this and a Korn-style backwards K. 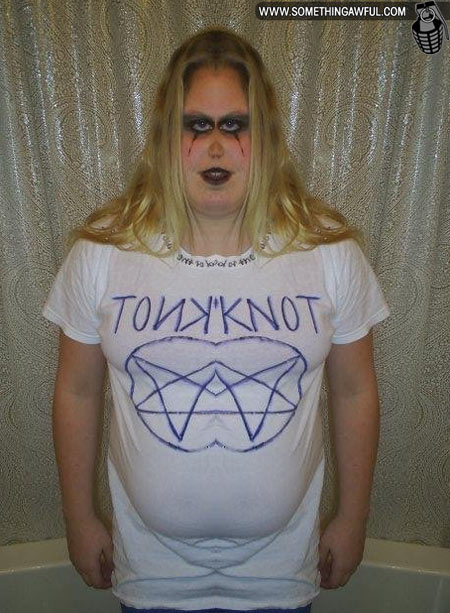 Smugdog is cockier than ever now that Joe Fisto made him perfectly symmetrical. 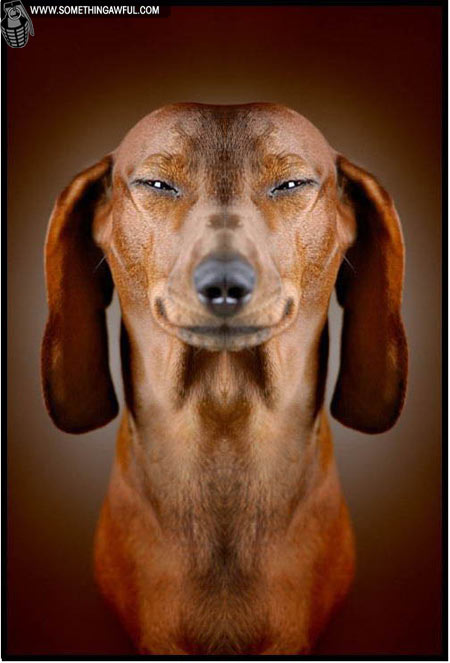 It's been said that Smugdog resembles Vladimir Putin, Prime Minister of Russia. Joe Fisto fixed him, too. 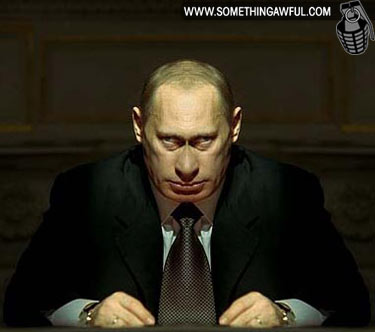