The Missing Member of the Oregon Militia!

Hey, remember the Oregon militia guys? No? Don't worry, I'll catch you up to speed. Apparently they were some militia in Oregon (US state??? google this before publishing) who holed up in a government fish building and shot bullets near to where a cop was or they shot a cop or the cop shot them. Anyway, now they're arrested, or some of them are arrested, or none of them, and we have their mugshots, and when the mugshots are arranged in a 2x4 grid there's an empty space in the corner. les fleurs du mall thought it'd be a good idea to put other pictures in that empty space, and that pretty much brings us to now!

This is the original image provided by les fleurs du mall - the images that follow are photoshops, and are therefore NOT canon with regard to the wider Oregon militia expanded universe 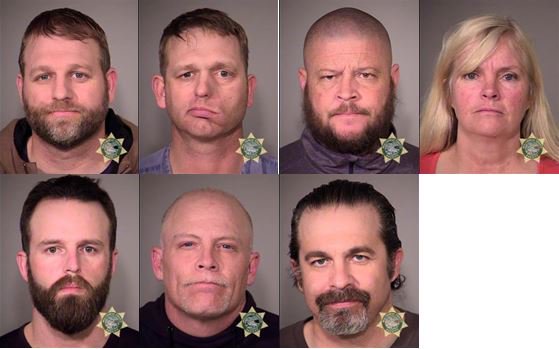 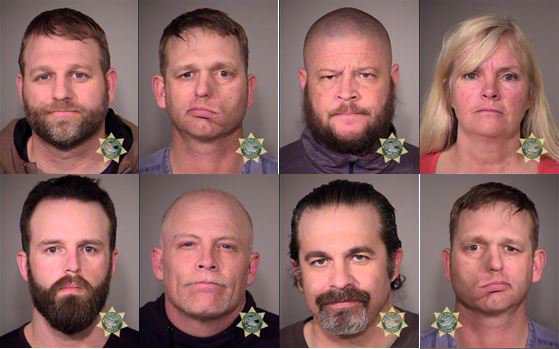 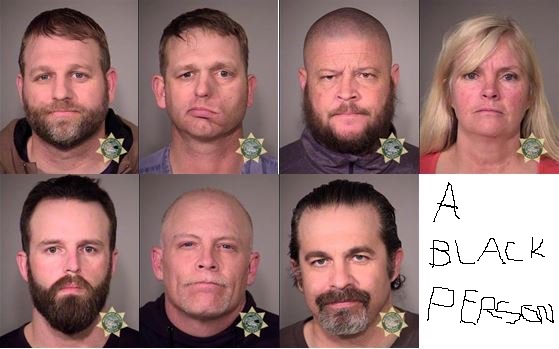 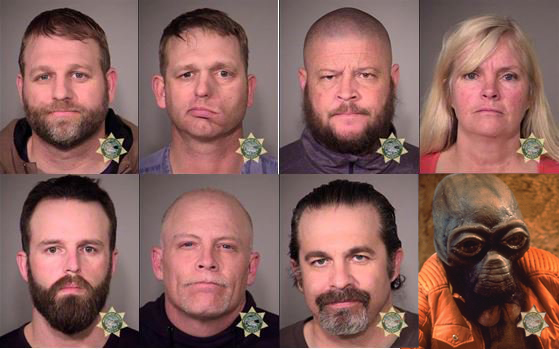