Recently Facebook has fallen on some hard times. They are seeing a decline of users because people are realizing Facebook is stupid and so are they for posting there. Since all of us here at Something Awful spend 99 percent of our on Facebook arguing with kids about Dragon Ball Z, we wanted to help them out by featuring one of the things that makes the site so wonderful, the political debates. Don't bother signing up for an account with them though. You can read all the good posts right here!

You mean there's cancer because my great-great-grandma took a shot at Teddy Roosevelt? That is one tough God.

Well, financial aid is already based on need so what is this guy complaining about again? 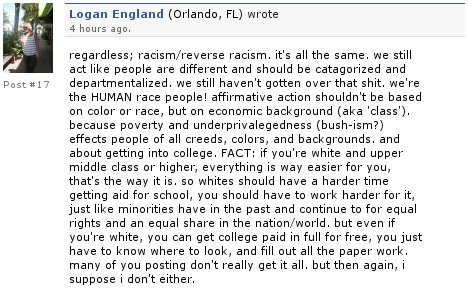 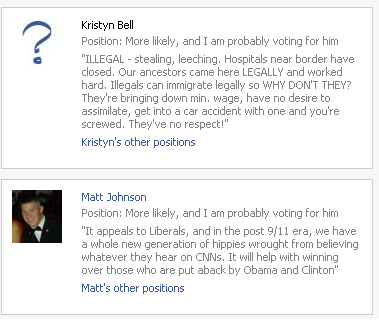 Well my dad works at NASA and he said they actually sped up the sun as a goof.

Shawn Frank is a great American. He joins the ranks of such ballin' ass Americans as George Washington, Thomas Jefferson, and Paul Giamatti.