Shokushu High School was an ALOD about three years and only now are we beginning the understand the depravity of their message boards. This is where the real magic happens, folks. Day in and day out role-players tirelessly strive to write the best magical tentacle rape scenes imaginable. Mature themes like this is precisely why anime is so much more mature than pathetic American animation!

Way to give us blue balls. Finish the story already!

On the scale of bad poetry anime poetry ranks somewhere in between goth poetry and Walt Whitman. Guess which one it's closer to. 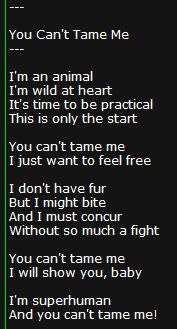 What a slut... I want my anime girls to be pure of heart and mind.

English was a great language we had once...

Shokushu High School, for all your girls-masturbating-in-the-shower-while-getting-attacked-by-monsters needs.