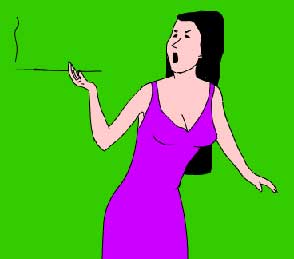 I can't understand why anyone would want to take credit for the monstrosities on this site. I also don't understand the purpose of the two mailto links asking for contributions of "naughty but funny" cards. This guy claims the titles of "developer, designer, and animator," but from what I can tell he might be better off spending his time mopping the floors of the 25-cent booths at the back of the local adult video store. A phrase on the front page of this site warns, "This page is not for prudes!" Well, as long as "Prudes" includes all of humankind, I can say that I wholeheartedly agree.