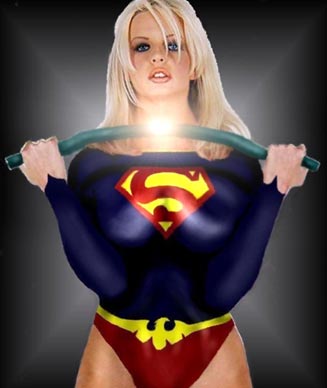 "No, make yourself younger instead, Mae," Susan said softly. "Steve has this fantasy for a young girl of 17 or so, a true super girl. Can you be that girl again?"

Smiling as Carey daringly gave me a hug, I saw the look of eagerness in her face that confirmed that she wanted me to do the same. I nodded my head as I realized that these two had planned this.

I closed my eyes and began to concentrate on making myself even younger.