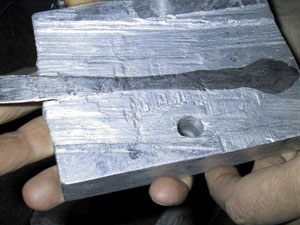 The Hutchinson Effect, submitted by KOFT.

Interested in seeing two-liter soda bottles teeter, then fly into the air? This man is willing to film it over and over again until you believe that he is a magical scientist. He also turns wood into metal and turns metal into wiggly jelly. He also turns his apartment into a big fake science lab and tries to trick people into thinking he's on to something (he's not).

What is the Hutchison effect? As with much of the new-energy field, no one can say for sure. Some theorists think the effect is the result of opposing electromagnetic fields cancelling each other out, creating a powerful flow of space energy. The Canadian government also reported invisible samples phasing in and out of existence.

Crackpots are the best people. Open your mind and watch some stuff levitate for education and a few cheap laughs!