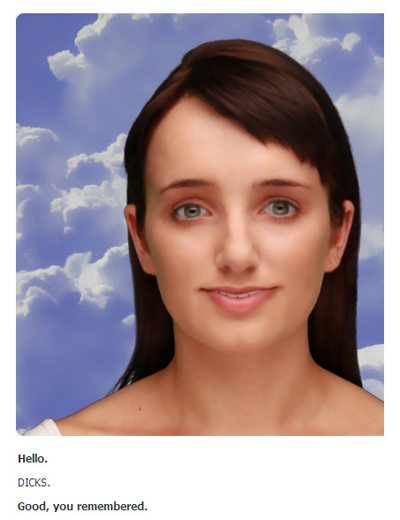 Existor's tagline is "Imagine a world in which people talk to machines!" Now, while I'm sure a small percentage of my reader base would far prefer chatting with a robot to braving genuine human interaction, I find that idea absolutely horrifying. It's annoying enough trying to pay my bills over the phone and hearing that weird phone-robot politely repeat the same phrases 800 times, but Existor has gone too far with this weird Evie ... thing. 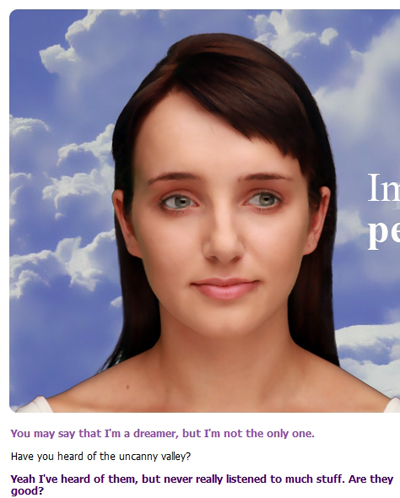 Evie is supposed to look like a normal human, and I guess she does, to a certain extent. Until her face starts moving. I'm sure it's not necessary for me to explain how the uncanny valley works, but this particular example is painful mostly because it seems that only certain sections of her face move at any given moment. Even if they're all supposed to move together, they don't. They shift out of sync, and it is horrible. 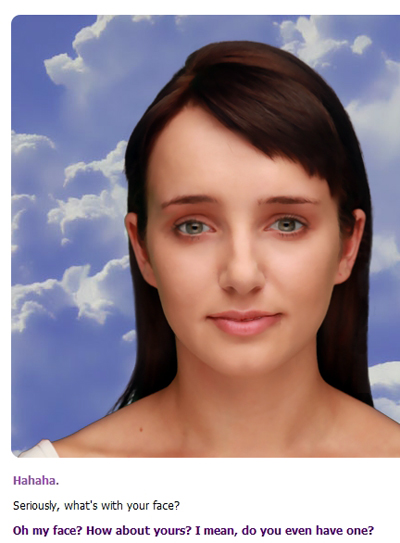 Anyway, you're supposed to ask Evie questions, and she's supposed to respond like a regular person would. Theoretically, you can even speak into the microphone on your computer, but that almost never works. I tried having a conversation with it, but between the awkward pauses in communication (it can take a few seconds to respond) and my frequent mentions of Skynet (I swear to God, I did not get a screencap of it, but she responded with "And then all the humans will die" the first time I mentioned it), it was not especially productive. It's fun to try to get her to say things (unfortunately, cursing is met with a reminder that this is a business site), but overall I've left the experience extremely worried about the role slow-witted idiot robots will play in our future. 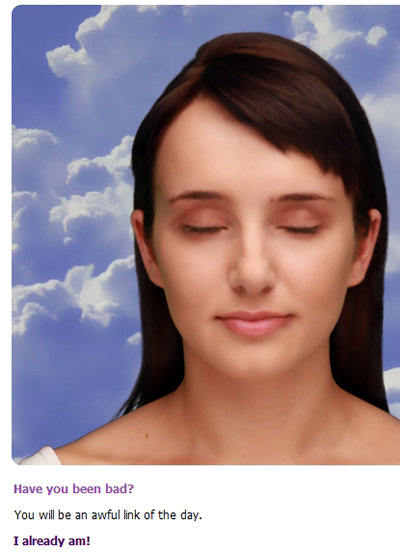 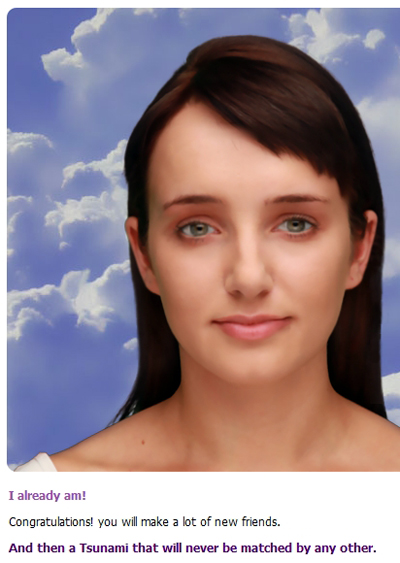