Do you remember in like 1999 when pro wrestling was really popular, and in every crowd there was at least one person wearing an nWo or Austin 3:16 T-shirt? I mean, that shit was prevalent. Now that pro wrestling has more or less collapsed on itself, I'm sure those days seem far away for most of us. Luckily for this column, there is still a small contingent of brawlers for whom the heyday of the late '90s never faded. And these people make websites.

304 Wrestling is a small wrestling outfit located in the untamed wilds of West Virginia, where folding chairs are plentiful (more so than audience members!) and refs are easily blinded by mysterious powders. (Also, where men who look to be in their 50s still call themselves sexy!) The page's design takes me back to a time when commercials mentioned AOL Keywords, though it does provide some modern amenities (flash videos!) (ads for Bravo TV shows!) 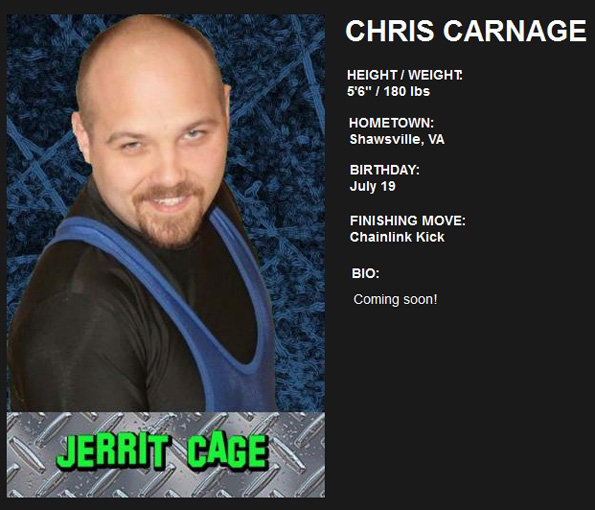 Too saucy for just one stage name!

Here's what I learned while browsing the site: They ripped off the aforementioned nWo T-shirts (I guess the WCW can't sue now that they're completely defunct); they have a wrestler best described as a Juggalo/Undertaker hybrid (Hometown: The Funhouse; Birthday: HeHeHe), and the standard for "Best Looking Wrestling Show in the Tri-State Area" appears to be shockingly low. Enjoy!

'The man so bad he has to have two nicknames...'

...I think he chose the right nickname to emphasize.