Hey, so remember when we visited Lemmy's Land? A little weird and childish, but nice, all in good fun. Not today. Today, I bring you Hammer Bro's Grasslands, another poorly designed website focusing on a Super Mario bad guy!

First, the pros! For one, there's no fucking music. It's shameful, really, having to mute my computer whenever the in-browser QuickTime suddenly starts blasting MIDI versions of Metallica songs, so thank god I'm spared for once. Also, Hammer Bro's Grasslands looks like it was made at some point after the fall of Netscape, which is a definite plus. And unlike "Lemmy Koopa," these guys break character and tell us a little about themselves. In fact, lets take a quick look at their biographies!

Alright, well, the images are broken, which tells me something. And actually, these bios make me a little sad. Hammer Brother, whose alias I will use and he should probably take down his full name as soon as possible, seems like a nerdy enough kid. His only listed interest is video games, and he dislikes lightning for some reason (by the way, he's 20! Or was!) Also, other than his family members (including uncles, aunts, and cousins), he apparently only has two friends. Ouch. Man. That sucks. Well, at least his best friend, who is slightly older and has one hell of a "fuck you mom and dad" for a dislike, is there to help him out. Really, that's most of the interesting stuff on the site.

Other than that, there's an index of every time a Hammer Bro shows up in a Mario game (not particularly often), some clips from those games, a lot of renders and artwork from other games. The oddest thing I found is a metaphor I can't make any sense of: "Our main man Mario since 1985 has gotten more worthy than a meteor shower." Actually, that whole page is full of really great abuses of the English language. But yeah, overall, pretty normal. Except for this.

I don't want to read too much into this, really. But it looks to me like these guys might have imagined up a gang of female Koopas who ... well, they look like hookers. I mean, there are weirdly specific back-stories for each of these made-up characters, and none of them explicitly mentions turning tricks, but ... 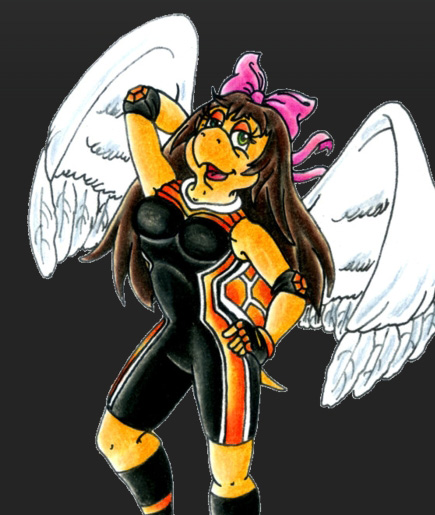 It's possible I've seen too many sites like this and I'm just assuming the worst, but the intro, written in some sort of bizarro attempt to mix poetic language with bombastic movie-trailer speak, just confuses me even more:

I tried going to the forums to see if I could get some clarification, but there are only three posts on the whole thing, and two of them are by some guy named Joseph.

So there you go. An almost completely innocent website made completely suspect by the inclusion of "sexy" reptilian women of the evening. Proof that the Internet taints even the most naïve minds. Fuckin' Internet.