The Jashinist Temple (Thanks, The Bible!) 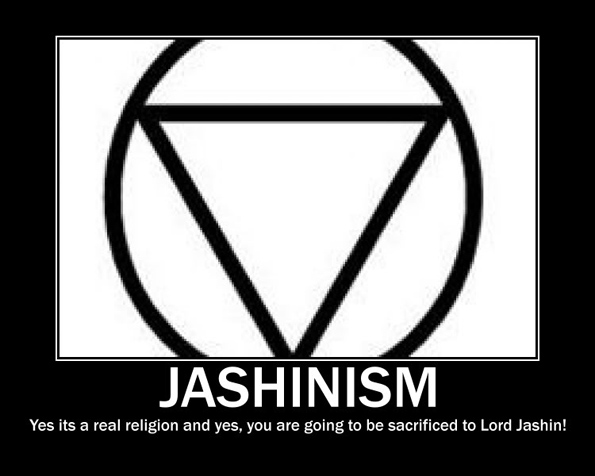 Look, I'm not particularly religious, but I get that faith helps a lot of people. However, when your religion exists solely on the internet and it was popularized by anime, it's pretty safe to say you've made a wrong decision. I mean, technically Jashinism is the worship of some ancient Japanese god, but everyone who posts on The Jashinist Temple forums clearly learned about it from Naruto. 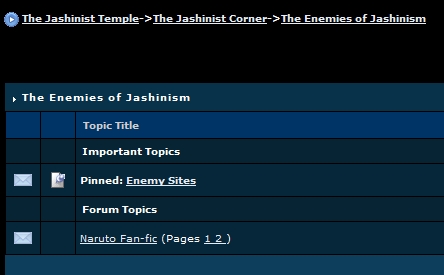 I'm just learning about this particular set of beliefs, and even the commandments read like bad fanfiction. They start off with the MOST METAL of all commandments, which is to never leave a sacrifice alive. Which makes sense, I guess - it's hard to call Jeff a sacrifice if Jeff is walking around downtown the next day. Your Japanese deathgod is probably going to be pissed.

The commandments contradict themselves a fair amount, too: no sex (it's apparently a "man-made pleasure," akin to drugs), but if you have kids, somehow, they also must be a part of your religion. I figured these kids were all about the FUCK YOU, MOM AND DAD shit, and it appears they are, to some degree, but I guess their hypothetical HELLSPAWN will probably be cool with them because they'll totally let them stay up late to watch the anime block on Adult Swim.

Anyway, this site is actually a fucking forum, but there aren't many posts at all so I clicked around and found the highlights! 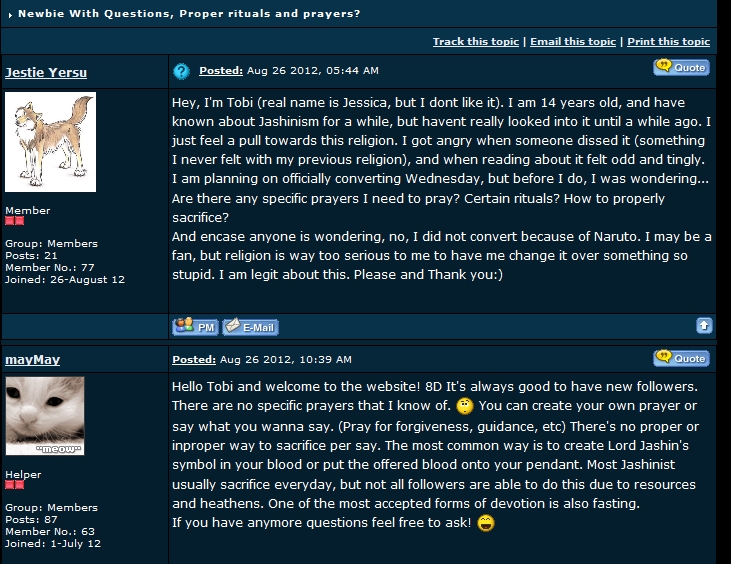 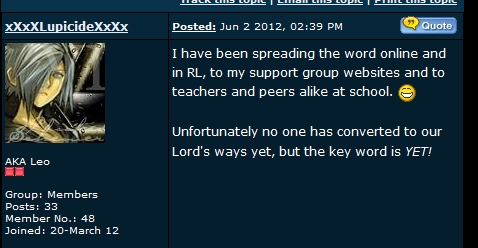