Wednesday, Apr 21, 2010 by Andrew "Garbage Day" Miller
Know of an awful site? Send it to us and become a hero! 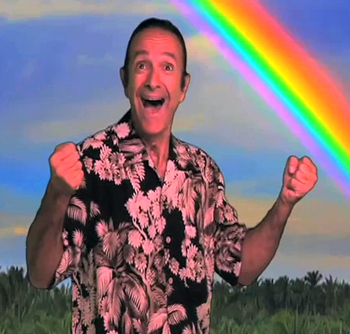 This past weekend, I watched Gerald, a silent film in which the actors communicate entirely through American Sign Language. It was the most unique experience I've had at a theater this year, with the surreal terribleness of Legion now rendered a distant second. The plot, as far as I could discern (a fateful finger hovered briefly over the "with captions" menu option before clicking on "without") involved a neck-tattooed schoolteacher who was forced to welcome a fork-throwing, cleaning-products-hoarding old man into his house for some reason, much to the dismay of his fiance'. The crowd laughed regularly, even during scenes that seemed to be serious in nature, suggesting Gerald is like The Room for the deaf. However, the audience didn't make a sound during the trailers (as viewable on Just Mindy's home page), which I found incredibly hilarious. Maybe Just Mindy's antics are old hat to deaf-film fans. 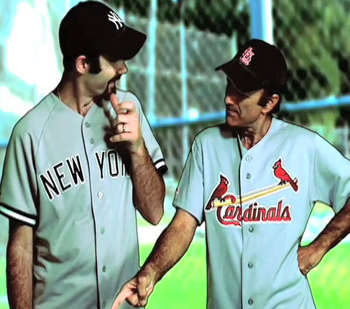 The misleadingly named Just Mindy performance-art troupe features not only Mindy Moore but also Theron Parker, and occasionally special guest Ed Chevy. Using their miming abilities, American Sign Language and a wide variety of awesome green screen backdrops, the members of Just Mindy relate folklore tales from around the world and warn kids about the evils of bullying. They also present the fascinating story of Little Deaf Spies, as described below:

Oh No! The Ranger's badge is missing, and it's up to six girls to try and solve this appalling mystery! The girls decide to become little Deaf species by identifying clues and putting together the pieces to find the missing badge. Join the girls on their zany, suspensful adventures as they run into unexpected surprise after another. 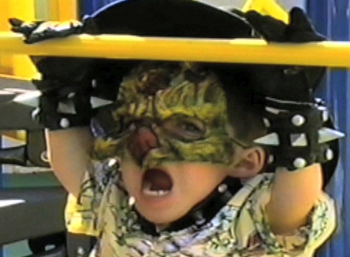 LITTLE DEAF SPIES!
Just Mindy's videos deserve attention for several reasons. For one, any clips in which performance artists don absurd costumes and uncork theatrically exaggerated facial expressions clearly belong in this section, and it would be discriminatory to exclude the deaf representatives. Secondly, this amazing raw material provides exciting opportunities for people to add slide-whistle sound effects, or to create baffling GIFs that will confuse and delight friends. Finally, it's worth noting that the whole Just Mindy crew stars in the incredible-looking thriller Forget Me Not. 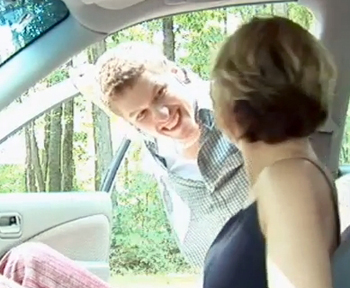 VISITING TIME IS OVER!