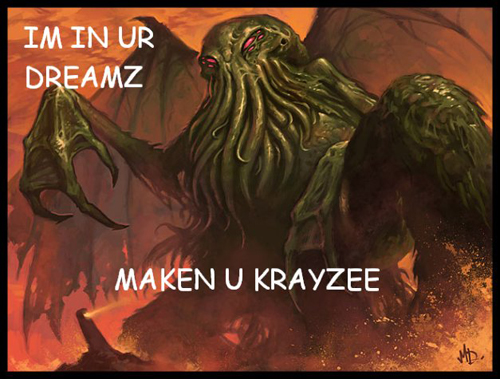 Sometimes in this column I refer to Awful Synergy, the miracle that happens when you take one normal thing, like religion, and combine with an internet thing, like furries. Today's link puts a new twist on the Awful Synergy formula; it involves taking two stupid fucking internet things and throwing them together! With that, I present to you LOLTHULHU.

There's really not a ton to say about this - it's just macros on a site with a bland blogspot design, and they all feature Cthulhu, God of Nerds or whatever. That's it. Normally, something so simple wouldn't merit this kind of attention, but there's something more sinister going on here, which is that people actually comment on these images. 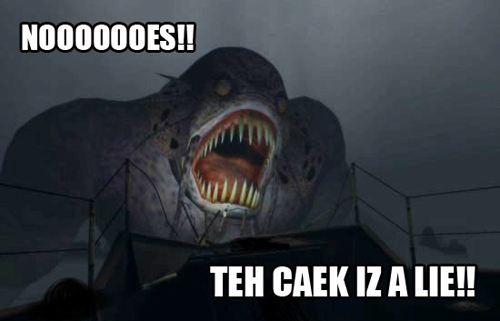 This might be one of the first blog-ALODs to have what seems to be a devoted community. I mean, yes, it is fairly small, but every post on the front page - every single post! - has some comments on it. Sometimes they come from the poster himself, but still. You'd think fictional monsters and misspelled words wouldn't merit commentary, and yet, there it is, 28 comments on a Metallica joke. There are people who really care about this. I'm baffled.

When I first looked at LOLTHULHU, I immediately felt bad for whatever poor sap was paying for the hosting and domain name - until I saw the comments. I was aghast. It gets repeat viewers who care enough to say something. For the first time in months, the awful power of the internet has actually surprised me.

Editor's note: Here is another surprise for you, one that you might find pleasant: Lolthulhu.com hasn't updated since 2008! Not dead is that which can eternal lie indeed. Thanks to het for that reference, and also to Yahoo Answers. -GD 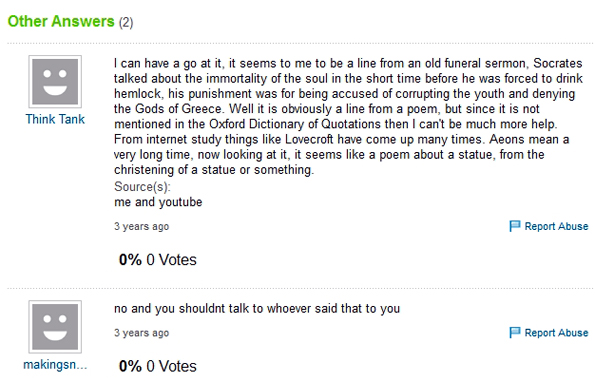 Editor's Update: Just when I was feeling heartened about how Internet humor -- both in general and with specific regard to Cthulhu pop-culture references -- might have improved since LOLTHULHU went on hiatus, this happens. 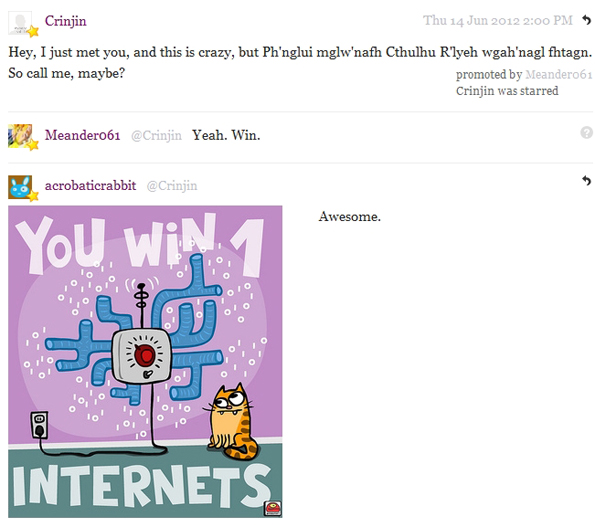