/r/WatchPeopleCode is at the forefront of the perplexing "live coding" trend, where turbonerds record themselves wrangling ones and zeroes and stream it on the internet for other turbonerds to watch in real time. "Think of it as like a ridealong in an episode of COPS, where who knows what I'm going to be running into," teases a Firefox engineer at the start of a 2-hour video about printing in Linux. Yeah, ok.

To find a stream, you'll have to browse through ennui-inducing titles like "[Python] Writing a static blog roller." and "A little bit of some Haskell work in a Connect 4 AI, until I get bored." Or, if you consider clicking links an arduous task, they've also put together a separate website that automatically embeds any livestream posted in the subreddit, which is also syndicated to a Twitter account. Yes, thanks to the magic of the internet, you can be instantly notified whenever someone decides to stream themselves coding, further proof that civilization is slowly collapsing before our eyes. 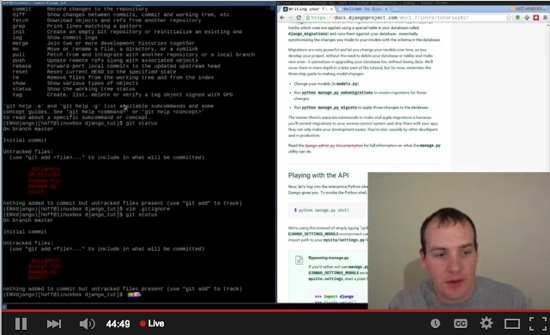 If you've ever watched a livestream of someone playing Minecraft or something, you have an idea of what live coding is like, except all the fun parts are replaced with shots of a terminal. Some guys, like beohoff, opt for the douchey face cam option; whilke evidently has a green screen for such purposes. 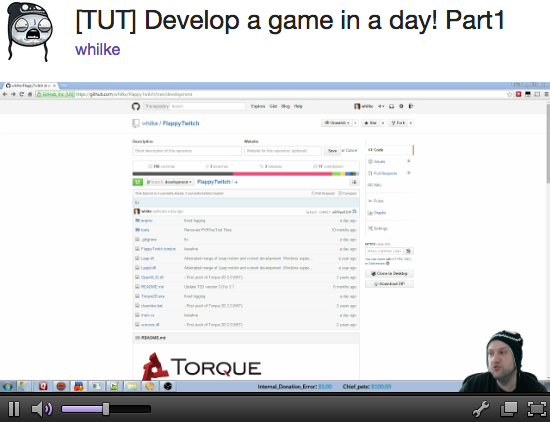 It's only been around for a month, but /r/WatchPeopleCode has somehow amassed more than 6,000 subscribers. Already, though, there are people who fear the community is straying too far from its roots. "This Subreddit should be WatchPeopleCodeGames," sniffs VarNoNamEqualsNull, who's apparently peeved that the live coding forum isn't boring enough.