Saturday, Jul 28, 2007 by Dennis "Corin Tucker's Stalker" Farrell (@DennisFarrell)
Know of an awful site? Send it to us and become a hero!

Xbox 360 Halo 3 Special Edition - Since today's other articles are about video games, I'll go ahead and make this a trifecta.

At this year's E3, Peter Moore was tremendously excited to unveil the newest version of the Xbox 360, the Halo 3 Special Edition. In completely unrelated news, he left the company to work for EA a few days later. 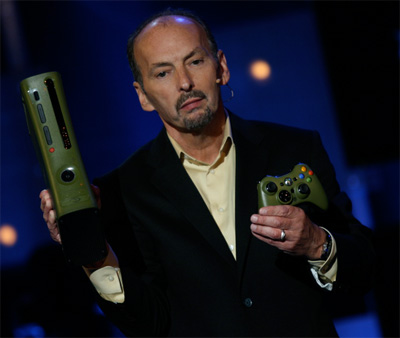 There are two things you cannot see in that picture. One is the audience's reaction, which mirrors Peter's but with less enthusiasm. The other thing you can't see is the full extent of that console's horrific design. Here's a closer look: 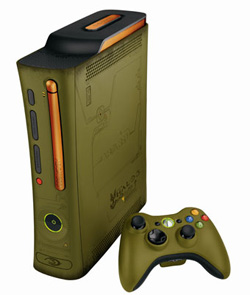 It's like a mutant that didn't know any better ate a bunch of circuitry and threw up on a pizza box that had been plated with orange chrome because it was very special to its owner, or like an Xbox 360 that was designed by another mutant with the same distinguished taste.