You love pizza. "How did you know?" you might be saying right now, to your phone, or laptop, or desktop, or countertop, and my answer is "because you're a gross piece of shit." I mean, no offense, but it's true. Everyone LIKES pizza. But if you LOVE pizza, and you're old enough to be reading a humor article on a site that doesn't start with "viral" or end in "feed," then you're gross. 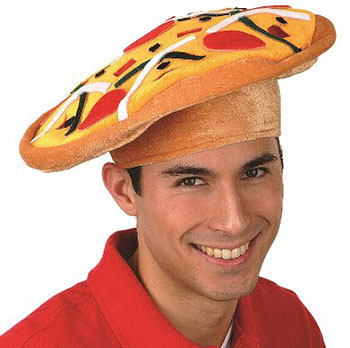 "No, see, this whole 'Guy Who LOVES Pizza' thing is all for show! Look! It's a pizza hat! Haha! It's actually a joke!" Yeah, it could be, if someone else wore it. But sitting atop your greasy pizza-addled head, it's more like a bright spot on a caterpillar, or the iridescent glow of a tiny Brazilian frog. It says "Stay away!" to those who might otherwise brave social interaction with you. 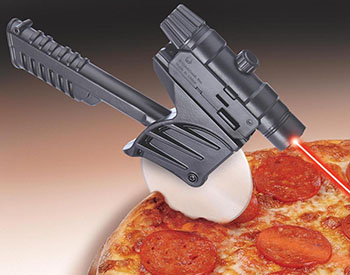 You explain how it's funny and "epic" that you're using a laser-guided pizza cutter. But really, inside, you're serious about the precision the laser provides, because this way no one can roll wide and steal the side of your grease-triangle. Or maybe you're a solo pizza eater, slicing the communal disc into perfect eighths, to drop into your mouth one by one. Either way, it doesn't solve the problem you think you have. It merely deepens the rut into which you've driven your future. 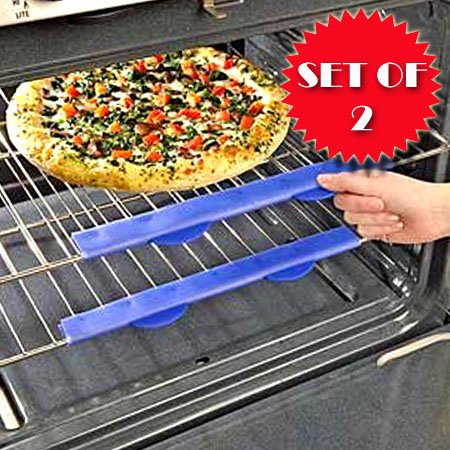 There are more lifestyle products for the pizza eater, and they all pay tribute to the disgusting nature of a pizza-driven life. These oven-rack guards keep you from burning your hands when you stick your pizza directly on the rack and pull the rack out with your hands. A person who ever cooks anything except pizza would already own an oven mitt, but the I-only-eat-pizza contingent of society dreamed up this idiocy, and sold it to itself, Dunning-Krugering away into the night. 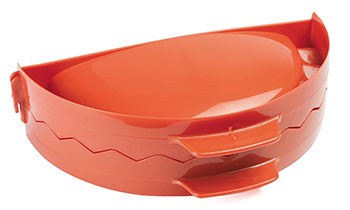 If you're tired of eating pizza the hand-burny, "what the fuck is an oven mitt" way, you could always fold it in half and Fun Factory it with this plastic mold! The manufacturer plays it cool, suggesting you'll assemble fresh ingredients and stretched dough to make a calzone from scratch, but you and I both know you're going to thaw a frozen one out, stuff it into your squisher and chomp it with your sick face. 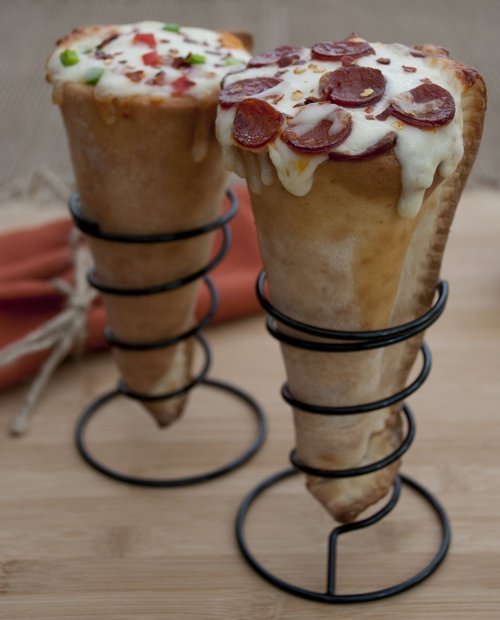 The "pizza cone" concentrates the orange pizza-grease from your fatty meat and low-grade cheese, trapping it inside the cone. It's not good in the way most people think of food as being good, but as an alternative to eating all of your meals as a flat disc, it's probably good to you, in your mind. 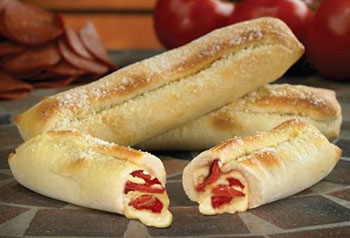 Of course, if you crave gooey crap stuffed inside school-cafeteria-caliber bread, you could ditch the cones and 'zones entirely, and load up on Bosco sticks. Since you don't own an oven mitt, you'll be eating them frozen. These pizza popsicles will keep you cool while providing the hellstorm of carbs and grease your mind is convinced it wants. 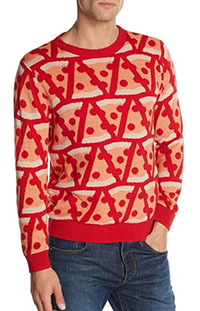 Well, I guess that's it for today! It's gonna be a cold one, so throw on your pizza scarf before you go fuck yourself.