Description:Damn, Jeff K. and Clan 40 Ounsce, eat your hearts out! Read this and fear The DeathWing Clan!

The fog is in the air, fire everywhere, the sky turns to black, emptyness in your heart. You quietly walk without the knowlodge of the terrible fate that awaits you. You hear a step, you turn arround, and then..... The only thing you can see are non-existent visions. Visions of Heaven, visions of Hell, now you can smell the terrible smell of death. Then you ralize what has just happened, death has reached you. Then, you see your killer, his blury face in the fog doesn't matter, 'cause you know that a Death Wing Trooper has just found you...

Scarier than Tales From The Crypt, isn't it?

Offhand, I would answer with "no", but then I checked out the personal quotes (as well as the pictures the kids made in their art class) on the Deathwings' pages and I started to get a little frightened.

Personal Quote: "I'm Ready to Kill and Suck your Blood!!"

Oh no! They're going to destroy me AND suck my blood! I hope they decide to suck my blood first, because they're not going to get too much if I've already been destroyed. If that didn't scare you enough, there's also some spooky pictures of the clan members! Check this out: 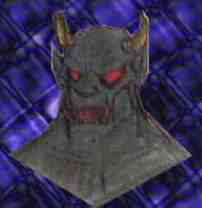 Oh God no, run! It's the Deathwing clan! And they've got CRAYOLAS! RUN!

Link for you to join?: Yes

"Clan Hell" takes a look at the hippest and hottest gaming clan websites out there.