We Are Partners: A Tragic Rime

Gather round, ye earshot mass, to hear our tale of woe
In these times of tumult, pay heed to what we know
For we have seen the coming of the last of days, we think
-- the wretched, scarred survivors of We Are Partners, Inc. 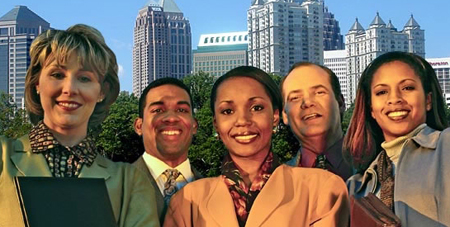 This was once a happy place, near architecture high
We huddled in the grasses, and gazed boldly toward the sky
We had a cafeteria, replete with salted bread
These faces smile no longer, for all of them are dead.

Even when the Partners thrived, we learned of tidings grim
When through the local newspaper we would blithely skim
We read about the monsters courting power in foreign lands
And companies like ours that were no longer in demand.

How odd now to remember, those most halcyon of days
Back when we used our earnings in the most frivolous ways
But HR Guy and Boss Man started meeting on their own
And then, a horrid sound rang from the seldom-used orange phone!

We still wore blissful grins when the marauders first arrived
Their surge found us unprepared, and few of us survived
As for the luckless captives, we were bound and gagged
Then forced to pledge allegiance to some godforsaken flag.

We toiled like ne'er before, because they knew of fiendish ways
To add another four-hour to our miserable days
They force-fed us capsules and injected us with needles
Our bodies became weak and limp, as our minds fell feeble. 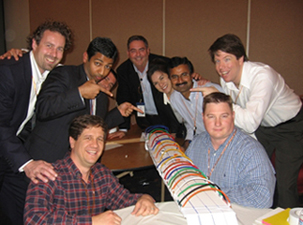 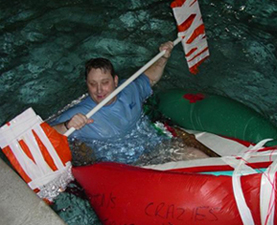 These Partners appear cheerful, but their brains have just been fried
Those multi-colored wires hold electric shocks inside
Those they labeled "crazies" could quite simply not be saved
So they stranded them in shabby rafts in hellish darkened caves.