Crying At The Airport!

"It's been a while since we've had a good GBS thread about crying in the airport, so without further ado here's a brief list of various airports I've cried in, along with a brief summary of the crying incident and my review of the experience. Feel free to chime in with your own reviews and experiences about other airports and remember - it's okay to be frank about your feelings, in the crying at the airport megathread." - Minimalist Program 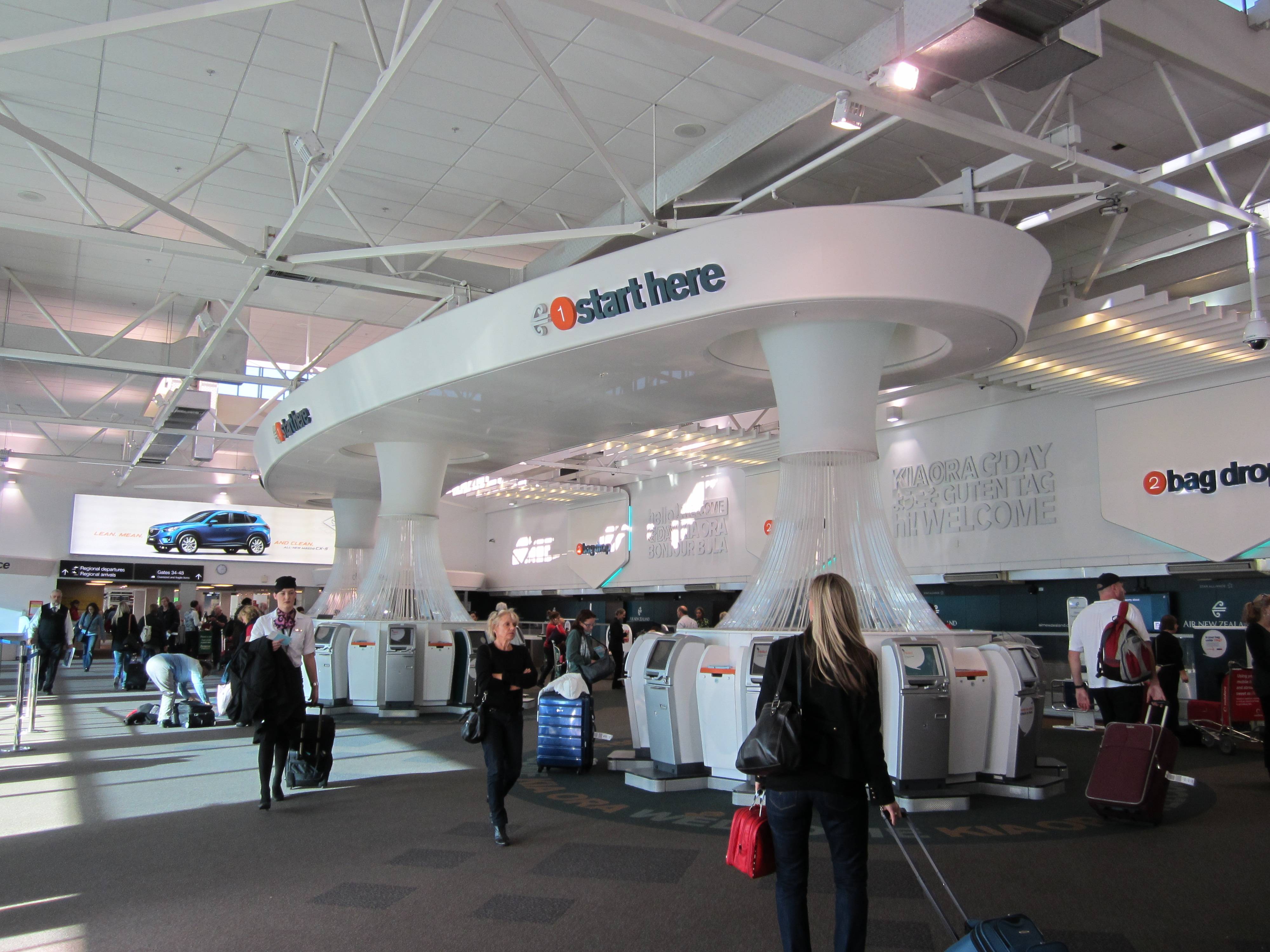 Not much to say about the airport in Auckland, New Zealand. I only visited briefly and broke down crying before even making it past security, because I heard a big father yell at a small child in a way that reminded me about my own childhood and how my dad always yelled at me. Basically my father always thought I was a disappointment. I took a cab to the airport and the driver was really nice and his accent reminded me of Flight of the Concords, which is my favourite band. Anyway I had a good cry and a lady behind me in luggage check line in asked me if I were okay and I nodded and wiped my eyes and said yeah and that made me feel brave. I'd stopped crying before I made it to the front of the line. The lady at the counter was very nice and helped me reattach the little green destination strip to my suitcase because it'd come sort of loose when I put it on. I had a cup of coffee in the airport bar, and saw another man crying there but I had to board before I could talk to him. The architecture is unexciting but the planes go high enough up I guess.
Score: 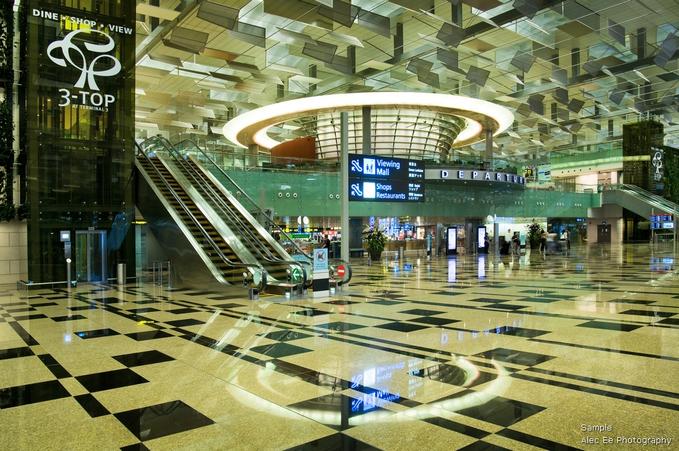 Had an 8 hour layover in Singapore while flying home from Borneo. Had about 20 minutes of quality crying time in a lounge area that overlooked the main terminal, but I was interrupted by a Russian family quarreling really loudly in an adjacent sofa. I could not cry loud enough to drown them out and eventually I gave up and went away. Singapore is an exceptionally clean city, which is reflected by their airport which is also very clean. It is also known as "the Lion City" and if you go there please remember that to Asians it is apparently frowned upon to spit in the street, to ask a hotel maid if she likes you and to cry in the airport, if you are not discrete about it.
Score: 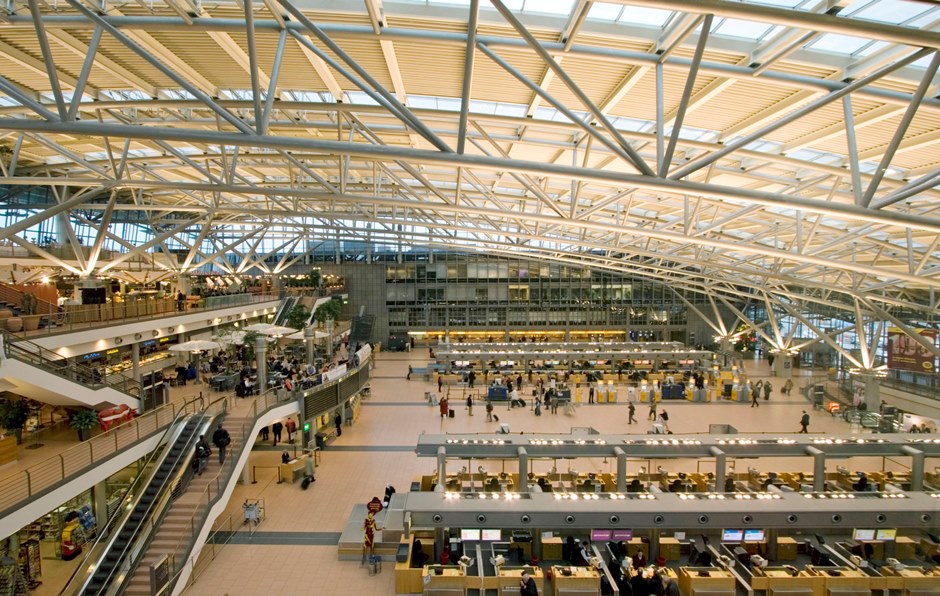 CRYING MACHT FREI! Ha ha, just a little twisted SA humor about Hitler and the holocaust, to lighten my review about crying in airport at Hamburg, Germany. Having in Hamburg for business for two weeks, I broke down in tears at Hamburg airport when a security guard asked me to step into the full body scanner and I saw an attractive german security lady smirk at the naked picture of me on her screen. Personel on site was extremely swift at escorting me away from the scanner after I started to cry, and one of them offered me a blanket and some advice in German. All in all I found that the old saying that germans are efficient, to be true. I also found that crying in a German airport is considered a sign of extreme weakness and I am pretty sure they put a mark in my passport about it. I would cry in Hamburg airport again, if I found myself there, but would not necessarily travel to Hamburg for that experience alone.
Score: 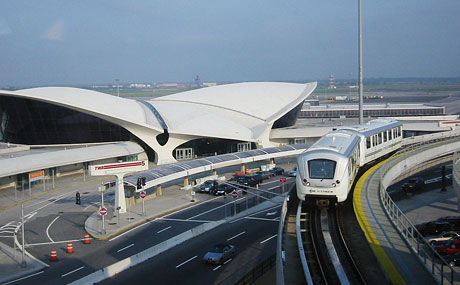 Haha oh boy this was a big one. I debated whether or not to even include 'ole JFK in this thread, since technically I was already crying before even making it to this particular airport.In the airport, I noticed that all the little food and coffee places after security were all staffed by bored looking black girls. I, crying very hard at the time, attempted to engage with a couple of them in small talk while purchasing coffee and scones, but most of them were rudely formal with me, calling me "sir" and going to great lengths to avoid meeting my gaze when I handed them money. I think my experience in this US airport reflects a "macho" culture that is specific to America which, among other things, says that it is not "okay" for a crying man to ask for one of those fat people taxis. Had a real good cry at JFK and although I wanted to die at the time, for unrelated reasons, the coffee was very good none the less .
Score:

I was here briefly during a business trip. I found a good, comfortable chair in the middle of the waiting section and curled up to cry myself to sleep, but it was interrupted by a call from work: they were able to move my flight around and I no longer had to spend the night in the airport. This infuriated me, I saw stars through a sheen of tears, but alas, the HR person did not acquiesce to my demands. I was forced to sit in an aisle seat, next to two empty coach seats. I had hoped to vent my frustrations at the world in a pent-up fit of rage against the uncertainty of my schedule and my inability to affect any meaningful change in my life, but alas, I could not, and so I settled for quietly whimpering about how I had to go home early in a place where nobody could hear my cries.

The peanuts were pretty good for airline peanuts, but I got a little piece of shell stuck in the back of my throat, and when I tried to take a drink from my mini bottle of vodka it splashed right in my eyes and it stung so bad I couldn't help but cry. Despite my good fortune, I still managed to get a good cry in before I arrived home.

I was on my way home from visiting family, and I was in a fantastic mood (not related). I knew I had a long holiday season coach flight ahead of me, but I figured I would combat the boredom and irritation of multiple delays and odorous bodies via alcohol from the airport shop. I remember buying more than a handful of shooters and a few packs of the premium peanuts (I didn't want a repeat of The Cleveland Flight Incident) and drinking most of the liquor.

I wish I had a better memory because the next part is a little bit of a blur. I made my way over to the final boarding area and saw a whole bunch of people in a line to get in. I tried to make some small talk about the weather, he clothes, how good she smelled, but when she reached into her purse to get her phone out so I could give her my number she accidentally pulled out pepper spray for some reason!

Before I could protest, she sprayed and hit me in the face, which not only stung, it caused my eyes and lips to burn more than crotchfire and sobbed uncontrollably at the pain and indignation of the entire experience. I lied on the floor and got a solid ten minutes of crying in before security helped me to my feet. I varied between sniffling and wailing for the next couple hours.

Props to the security team.

I was expecting to have a good, resounding, disruptive cry when I got to the food court of LAS (Vegas), but it turns out they installed slot machines right there, in the actual airport, and you guessed it, everyone playing them was already crying. Crying while playing, just money in, sob, pull the lever, then sob even louder while fishing for another fistful of change.

It was awkward to try to cry over the C-major scale blips and trills of the slot machines, and everyone seemed pretty focused on their own crying, but I'd still recommend a teary visit to the despair capital of America. 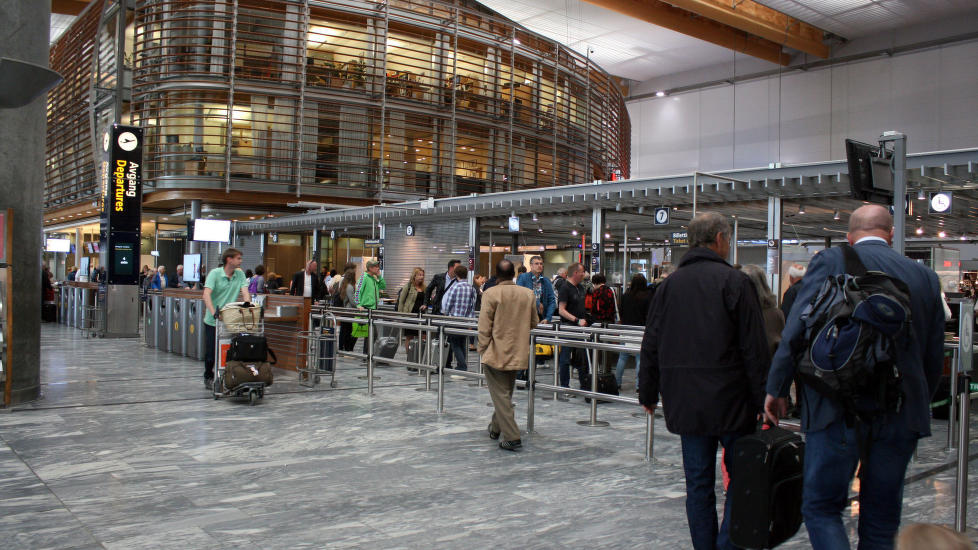 This small airport has a good atmosphere and I always look forward to a visit. The security staff are very polite, but also thorough and since most of my wardrobe and bags are military surplus they've never failed to pick me out of the line for a public pat-down at the security checkpoint. The locals generally just stare silently as I struggle to bend over and unlace my boots, which usually gets me going then and there. My experience is that you can go for a good 15 minutes before anyone says anything. The souvenir shop is quite expensive, but bringing home some of the delicious smoked salmon is well worth it. One time I managed to knock over a stand off troll figurines as I was looking through the cooler. I was surprised that the retail clerk simply watched me awkwardly while I tried rearranging them, and I could only cry a little bit before running for my plane. 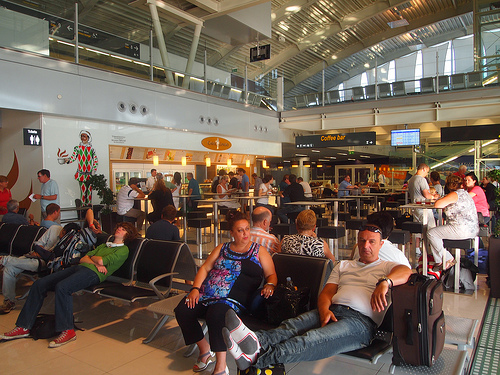 Waited 5 hours at this airport for a flight back home after vacationing at Hvar Island. It was very warm and people kept holding seats for family members that were fetching drinks so I had to stand quite a bit, but my knees are pretty bad so halfway through I sat down on my backpack while messing around on the laptop until the batteries ran out. I could not find the correct converter for the power plug in any of the kiosks I went to so I ended up crying a bit while standing in line. The security control was a bit weird, as the staff looked a lot like police officers and they demanded that I actually start my laptop to prove that it was a real computer. Their English was very bad and so I started crying pretty hard as I tried explaining the situation. In the end they just sent my laptop through the scanner twice so I'm not sure what that was all about.