The Comedy Goldmine has established some truths over the years. We've found out that the customer is an asshat. It's been established that everyone who enters a Wal-Mart is sub-human scum. Now it's time to expose the stupidity of your classmates. Something Awful forum goons! Tell us all about the morons who attend class, despite having none of it. I want it in the form of a report, to be on my desk by 9am Friday morning. 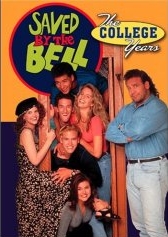 "What does succession mean"?

"So what race would you say is looked down on the most nowadays?"

After watching "On the Beach", a movie about nuclear war killing off most of the world, a girl asked me, "Is that movie based on a true story?"

I really wasn't that pissed. Earlier in the year she stated that her dream in life was to be a hair-dresser.

"Why don't islands sink, you know, like if North America had a hole it in, wouldn't it sink?"
(Grade 10 student)

"I just realized that commercials are all trying to sell you stuff!"
(Grade 11)

"Why don't they just bury the garbage in their bags instead of ripping them up with bulldozers. Wouldn't that make the problem go away?"
(I don't remember what grade, but old enough to know better)

"If evolution is the truth, then you would have half dog half cat animals running around because they always live with each other."

There is this stupid, worthless cretin in my class who constantly asks extremely questions all the time. For example, suppose I was the professor and I said "Children who have mothers that tend to them all the time will become clingy." The foolish cretin would in all seriousness ask "So what happens when the mother talks to the child too much? Does the child get too attached?"

On top of this, my teacher is a mother as well as a few students. Meaning that they will always interject with some completely fucking pointless anecdote about their kid. Mom students talk to the teacher as if it isn't a class at all, but a discussion they're having with another friend, constantly cutting her off. They laugh at any little thing the teacher says about children. It is so stupid.

"Well, if a pine cone has seeds in it, does that make it a fruit? You can't eat them though, can you?"

A female high school senior in an advanced Biology class

"How do you divide fractions?"

This was a Calc III class. People should be good at math at this level. Or at least fractions.