Were you bullied at school? Of course you were, that's why you're using the internet instead of doing something productive like kissing a member of the opposite sex or riding in a powerboat or inventing the BowFlex. They say that the best revenge is living well, but clearly a more substantial way to feel better about being rejected or beaten up by someone is to make fun of them on the internet anonymously and hope that they never find out. Here are a selection of tales poking fun at the less academically gifted individuals who happened to show their true value to society in the presence of the forum goons. 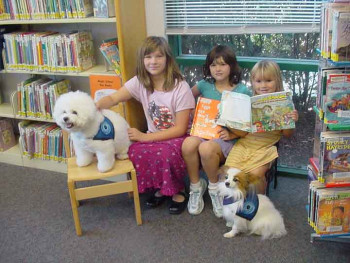 "My boyfriend said he will take care of my baby when he gets out jail."

One day when I was walking back to my dorm, the moon was red. Everyone was standing around, taking pictures of it. As I passed two girls snapping photos with their cell phones, one girl said to the other, "You know, this is from the Aurora Borealis. It comes to Colorado this time of the year."

I'm in a class where we watch a good bit of movies, the teacher is a shrivelled old woman who knows nothing of the newfangled technology we have in the class room. Read: a computer with a projector.

I just sighed and shook my head.

Heard on the bus, my senior year of high school, on the way back from our field trip to the Arlington Cemetery.

"I can't orgasm when the guy wears a condom."

I went to a Catholic high school.

I was having lunch in the student union the day before the US Election and heard this:

"I hope Obama gets elected instead of Tony Bush".

Girlfriend is taking a course in Agriculture and Horsemanship, so one day in a biology class they were discussing how horses evolved. One girl was apparently a tad confused and asked "Why does the book say horses are millions of years old, when the world is only 6000 years old?".

At secondary school, when I was about 15 I heard someone in the lesson ask:

"What is the universe?"