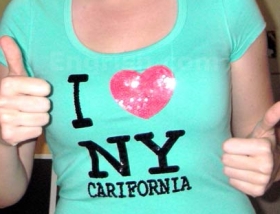 I'm Danish and was travelling from Malmö til Stockholm (Sweden) by train. Some dude got up to get off at the next station but and forgot his backpack on the seat. I yelled at him "Hey, din taske!" Which means "Hey, your bag!" in Danish. Unfortunately Danish and Swedish are slightly different languages so all the Swedish passengers heard what would roughly translate to "Hey, you dick!".

Luckily most people know of those little differences and the only offended people were a couple who looked like they were 80 years old. The rest of the carriage laughed and the guy got his bag.

"Cook" in Dutch is "kok" which is pronounced "cock". A friend of mine once tried to "thank the cock for the nice meal" at a restaurant.

A co-worker of my dad's name is Dick de Cock, which is a perfectly normal name in the Netherlands. However, when he got a promotion and suddenly had to travel all over the world, he got a lot of weird looks.

There's also a book called "I'd like to thank you from the bottom of my heart and from my wife's bottom as well" about Dutch people in English speaking countries, but I have yet to read it.

Keep this in mind when asking directions from cops.

There are around 100,000 SA forum goons, and judging by this article, a large proportion of them have called a Japanese man homosexual. Thanks as always to the contributors who shared their cringe-worthy moments. Next week's Comedy Goldmine will be so good that it might just change your life FOREVER. Or maybe you'll just laugh for a few minutes. There's no way to tell until next Tuesday, unless you can see the future and if so you probably are too busy watching President Trump's initiation speech to worry about the internet.