In April 2005, the foundations of Something Awful were shattered by an unforgettable Comedy Goldmine, in which forum goons came forth to share their experiences of acting "Un-Smooth". This is the opposite of smooth. Their moments of stupidity led to an era-defining article where we all got to laugh at people humiliating themselves. Now, almost two and a half years later, we walk back down this path of shame. To the left of the road, we see people farting in front of girls. To the right, we see others burping in front of girls. What bodily gasses will be released in the presence of females when we reach the end of our destination? Pack your bags, plan your route on Google Maps and join me on a trip to Humiliation Town, USA. 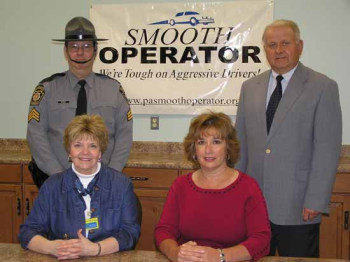 When I was sixteen, my girlfriend at the time was going to her dad's cottage. He was waiting in the car, and she was walking towards it when I thought I'd give her a kiss on the cheek. I tried to reach around to her shoulder, but I put my hand on her boob instead.

Her dad never liked me anyway.

Earlier this week, I got the job as a supplemental instruction leader for the class Intro to Botany. I lead study and review sessions, give group tutoring and the like. Basically, I'll need to earn the trust of the class, and appear to be smart and a reliable source of knowledge. First impressions are important.

So, Wednesday I attend the class to take notes, and I have to introduce myself. This is a class of over 130 student, many are probably not there by choice, especially the ones that will coming to me for help. I get up, introduce myself, things are going alright. I don't sound too dumb or nervous, I think they get it. I finish and go to sit back down, and some of them are even clapping (probably just a formality, though).

The room is an auditorium, so the chairs are in rows, and the cushions all flip up when you're not sitting on them. I go to sit down, and put the seat down by just putting my hand down and leaning on the seat. With the whole class' attention on me, seeing who I was for the first time, I missed the seat cushion, and plunged my hand down the space between it and the backrest, my hand going to the floor and me flopping against the seat. I tried to make up for it by quickly saying loudly "Darn you, seat! You thwarted me again!!" but nobody laughed.

I hosted a party a couple of weeks ago and had a little bit too much to drink. The girl I'm seeing showed up near the end, and I was told the next day that I sat next to her, started kissing her, and announced "You all need to leave right now."

That's probably the worst thing a host can do.

In middle school I was discussing with a friend which girls in our class we found the most attractive. Not aware of my surroundings, I blurt out the name of the girl I thought was especially hot. The girl's friend overheard me and went on to tell her the same day. The next day while I was walking to class with a friend, the hot girl squeezes in between my friend and I and starts walking with us. She turns to me and says 'hi.' I manage to get out a 'hey' but it was extremely high pitched, as my voice cracked at the most perfect moment. Not thinking, I tried to cover it up by making D.J. scratching noises as if I purposely made my response that high pitched. My friend quickly adverted her attention and I walked into my class.

I once ruined things for my brother. He was sitting on the couch chatting up some random girl, while 13-year-old me was busy in the other room playing Final Lap on the turbografx. Dan had named the character I was playing "niga" and I didn't have any idea what it was supposed to mean. So at a break in their conversation, I lean over and say quite loudly "Dan, what's 'niga' supposed to mean?". They both kind of laughed it off but there was awkwardness until she left like 20 minutes afterwards.