The Doomsday Page of Utter Shit!

What the hell is wrong with you, "Deathscythe?" This is one of the lamest images I have ever seen. You took a stupid movie cover with those flaky pubescent girls on it and just pasted a dumb anime guy in front of them, no Photoshoppery required. WHY IS THAT FUNNY? Oh wait, it isn't funny at all. You obviously spent an entire 30 seconds on this masterpiece, way to go. 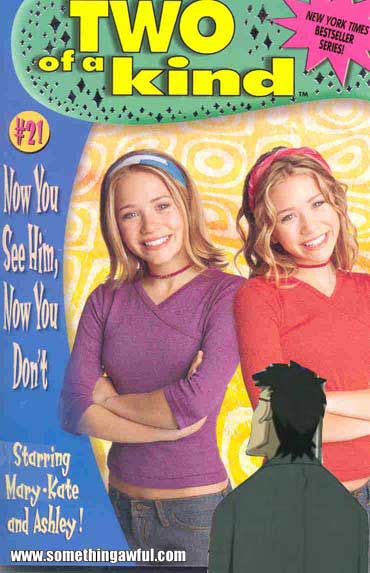 "Noxious," making a joke out of your user-name would be far too easy and obvious, but I really want to know how you feel about wasting seemingly valuable time from your life on making this ridiculously poor image. It takes talent to be that retarded. Oh look, Superman is in the fucking sky and there's a speech balloon making a pun about the phrase "something awful." Die. 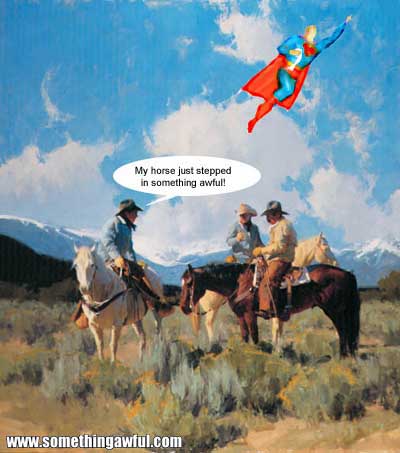 Hey, that's great there, "Pepper." No one would ever be able to tell that you Photoshopped that image, not a bit. You did an excellent job blending the colors together flawlessly. Additionally, it is really, really funny because putting the head of an anime character on top of the Mona Lisa is hilarity incarnate, bitch! You win the jerk prize. 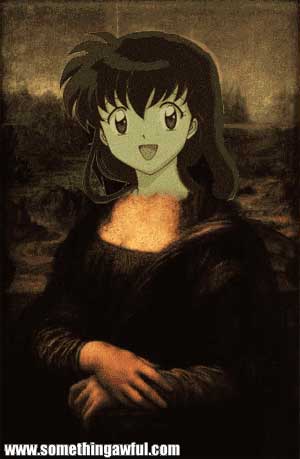 Oh jeez, look slike "Pepper" struck out a second time with this winner. I guess there's some anime guy trotting into a religious scene on his dog or something but where did that terrible text come from? This is why Photoshop should never be warezed because then people like Pepper end up with a copy and make things like this. 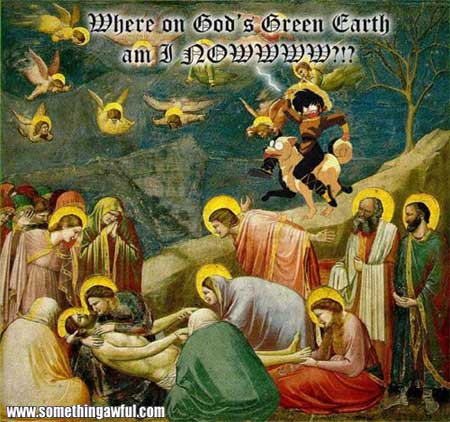 Hooray, "PonchoCladKow" made a lovely blurry thing that is completely indistinguishable from all other things. Really great! This image looks like it fell into the bathtub with him when he was playing "sleepytime" with his favorite plushie toy. Whatever that anime guy or Batman or whatever is supposed to be up there, he probably would have looked better in a painting with any discernable detail whatsoever, Chumpy. 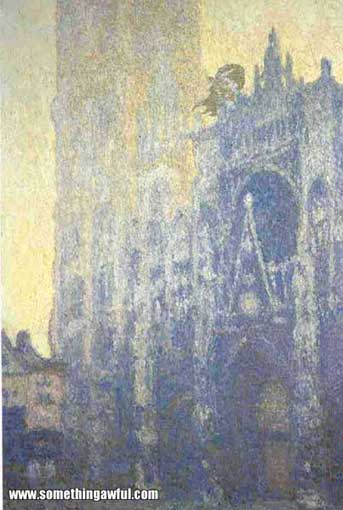 "Trueblood" found a painting with Google image search and then thought that it would be really funny to put a layer of everyone's favorite space-freak, Jar Jar Binks on top of it and turn the transparency down. Wow, that has got to be the most creative and funny idea yet, dude. I am so glad that this image is the last because I need to go drink something stiff to make myself feel better about having to see this. What the hell were you thinking? 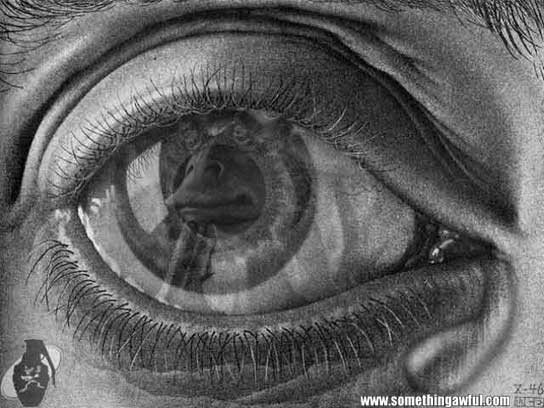