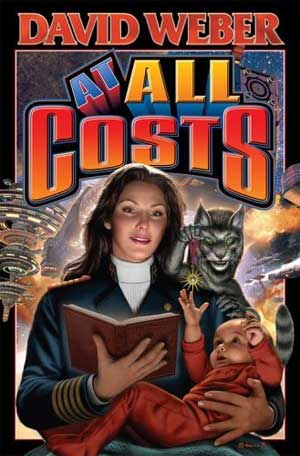 At All Costs By David Weber

Meredith Hauser is a top-ranked naval librarian in the United Fleet of Space serving aboard the UFSS Dangler. Then one day her life is turned upside down by the arrival of an infant. Rather than a stork the mysterious child is delivered by a comet and hauled into the ship with a tractor beam. Unbeknownst to the crew, a second visitor is brought aboard with the infant, a strange alien cat creature visible only to Meredith. The cat, named Katlaar, explains to Meredith that it is the guardian of the Nega Baby which Meredith has named Peter. They have to raise the child to adulthood as quickly as possible or else the Nega Bomb will explode blowing up parts of space that might contain valuable spaceships. But Meredith discovers that Katlaar is not all he seems and that a vast and tangled conspiracy surrounds young Peter. Can she unravel this political Cat's Cradle in time to save Peter…and the galaxy? 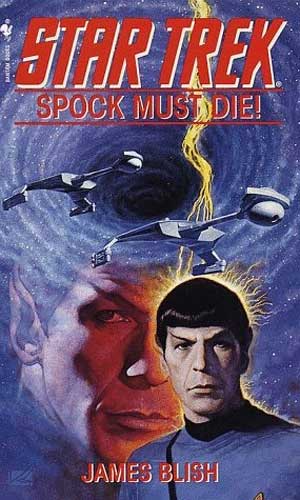 A powerful space tornado is sweeping through the Federation and threatening to spark a war with the Klingons, who believe the tornado is some sort of human super weapon. While Kirk is away on a diplomatic mission it is up to Spock to brave the lightning and explore the mysteries of this deadly astrostorm. Spock commandeers a shuttle and flies directly into the tornado to make contact with the alien force controlling it. What Spock discovers will shake the foundations of the galaxy and will also probably kill Spock. Must kill Spock! With lightning raging all around Spock will confront the alien on board its ship in the eye of the tornado. A terrible conspiracy will be revealed involving the Romulons and some sort of crystal powered laser beam. Can Spock unravel the unnatural and mysterious force of nature in time to save the galaxy…and himself? 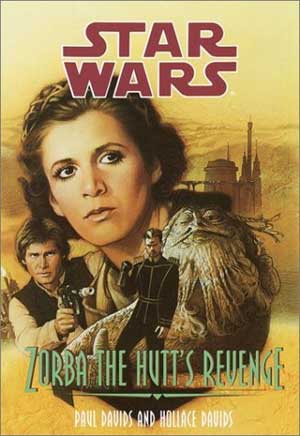 Zorba the Hutt - Jabba the Hutt's long-lost nephew - has returned to Hutt Castle to rule over his uncle's smuggling empire. Zorba is way more evil than Jabba and he has a beard to prove it. A really gross beard. Zorba hires this guy named Zip Zap who looks like the dude from Color Me Badd who always stood in the back pouting over his frosted tips and he turns out to be a total badass. Han Solo challenges the guy to a pistol duel but Han Solo shoots first and is disqualified and thrown in carbonite again. Princess Leia is worried about Han Solo because they are in love and that is what lovebirds will do when one of them is frozen in carbonite. She goes to Hutt Castle to find out what has gone wrong with Han and is seduced by Zip Zap. Leia must uncover a vast conspiracy being orchestrated by Zorba the Hutt to undermine the rebellion and flood the market with Zip Zap's unreleased solo album. 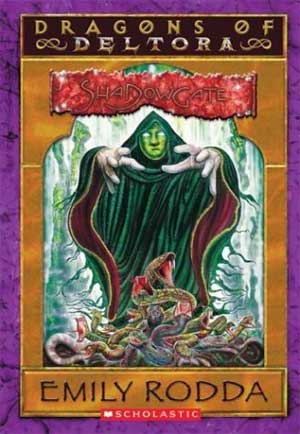 Crumcromulous, the evil mime of Deltora, has returned from his secret cult sex party at a mansion in New York to unleash a serpentine tide upon the lands. No one in Deltora knows what he is up to, least of all the dragons, but they must join forces with a plucky young girl named Nicole to stop the snakes from clogging pipes and mucking up ship propellers. There is even one part where they have a dinner and the dragons are all sitting around and this dragon waiter comes out and takes the top off of the main course and there are snakes inside! The dragons are understandably upset and they turn to Nicole's problem solving ability to once again extricate them from a sticky situation. It turns out that there is some sort of conspiracy centering around a so-called "shadowgate" and only Nicole can find the truth. 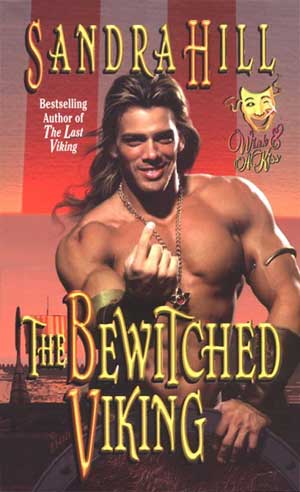 The Bewitched Viking By Sandra Hill

Witches and Vikings rarely mix well, but when a witch gives unsuspecting berserker Lars Magnusson a cursed torque she transforms him from a bloodthirsty plunderer into a well-oiled ravisher. Lars puts his axe aside and makes love not war, but when a horde of Mongols approaches the Viking lands even the witch realizes her error. With time running out and Lars busy bursting bodices with his muscular hands the witch must unravel a magical conspiracy to undo the curse of the passionate torque. 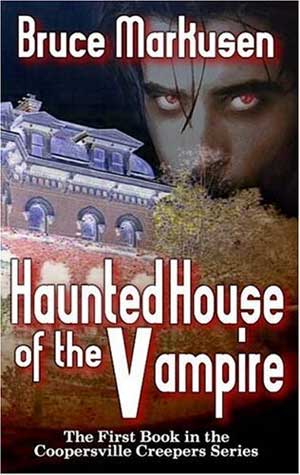 Haunted House of the Vampire By Bruce Markusen

Nightraven high school is your average high school, only it's populated by vampires! Chad Harmington is the star quarterback of the football team. He has everything: a harem of beautiful vampiresses, a fully stocked crèche full of delicious babies, and a many-spired castle on a mountain. But the one thing Chad doesn't have is a million dollars. When a traveling gypsy appears in town and promises Chad a million dollars if he can spend the night in Old Man Vladula's haunted house Chad is quick to accept. Chad has no idea what he has gotten himself into! As the specters fly and the polters geist Chad must uncover the hidden secrets of the old house and solve the mystery of Old Man Vladula. 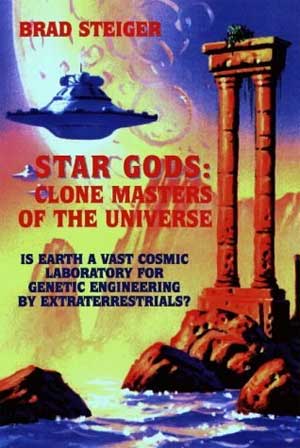 Star Gods: Clone Masters of the Universe? By Brad Steiger

Is earth a vast cosmic laboratory for genetic engineering by extraterrestrials? Short answer: no. Brad Steiger manages to stretch out the answer to a question absolutely no one is asking for over 300 pages. Project Bluebook, MK ULTRA, Nazi UFOs, reptilian agendas. You can bet all of the usual suspects are there in this vast conspiracy that Brad Steiger is working to uncover. Can he prove that aliens created mankind as an experiment…and save the galaxy? Short answer: no. 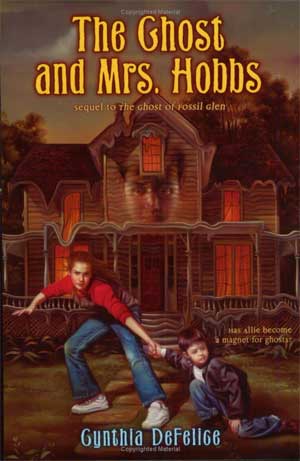 The Ghost and Mrs. Hobbs By Cynthia DeFelice

Aaaah! Most haunted houses have ghosts inside them, but this one has a ghost really inside it. The banisters are melting unsafely, the stairs are a death trap of goo and Mrs. Hobbs's evil face keeps appearing on the second floor like some sort of horrible hologram. It all seems like a dreadful amount of spectral effort to scare some girl and her dopey little brother, but Mrs. Hobbs was always a bit melodramatic. Like, before she became an evil ghost house she used to wail and gnash her teeth every time she messed up one of her crochet patterns. She got the nose wrong on her Snoopy crochet and she was screaming like it was the end of the friggin' world. No one even has a reason to go in her new ghost house, it's just sort of there haunting a whole lot of nothing, but you can bet there is a conspiracy involved.