Sometimes Comedy Goldmine highlights an SA Forums member who did something that's impressive but not especially humorous. (This is not the false advertising it might appear to be because some people call it "The Goldmine" for short anyway.) In this case, Helmacron climbed high-voltage electrical towers and took fancy photos! Due to the dubious legality of his high-risk venture, he can't exactly set up a Kickstarter to fund a coffee-table book. But he can at least know that people saw his images here and thought they were cool and expressed that through Facebook shares or Tweets or a said-aloud statement in an empty room "Nice work, Helmacron." 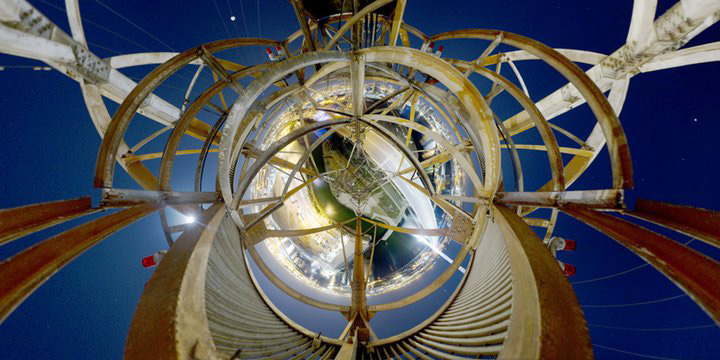 What you're looking at is the ground, from the top of an electrical transmission line tower. The circle is the horizon, 360 degrees of view. The scene from the centre point is capturing approximately 160 degrees of view to the outside edges on the right and left hand sides, the top and bottom have been cropped. The curling girders form the very top of the tower, where I am squatting, slowly revolving the camera around. The top left is north, the bottom right is south.

The picture consists of thirty-one individual long exposure photographs, each image taking somewhere around a minute and a half to take. Each image in this thread would have taken an hour minimum to capture (not including processing, or just how long I Google Earthed, drove around, walked into bushland, climbing and setting up my equipment). Each image has a master image that is 30,000 x 15,000 pixels, making it approximately 37 times larger than an image your camera makes. Not to gloat. 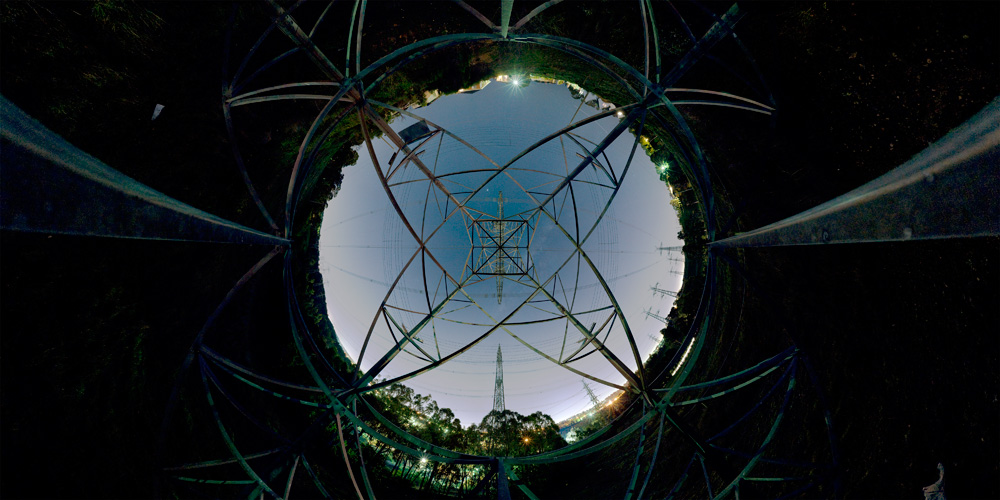 All in all, I've climbed over fifty towers, in Australia, Egypt (down near the Aswan Dam), and Japan (in the hills around the towns near Mount Fuji) and one or two in Kalimantan. All these photos in this thread are from Australia, however. 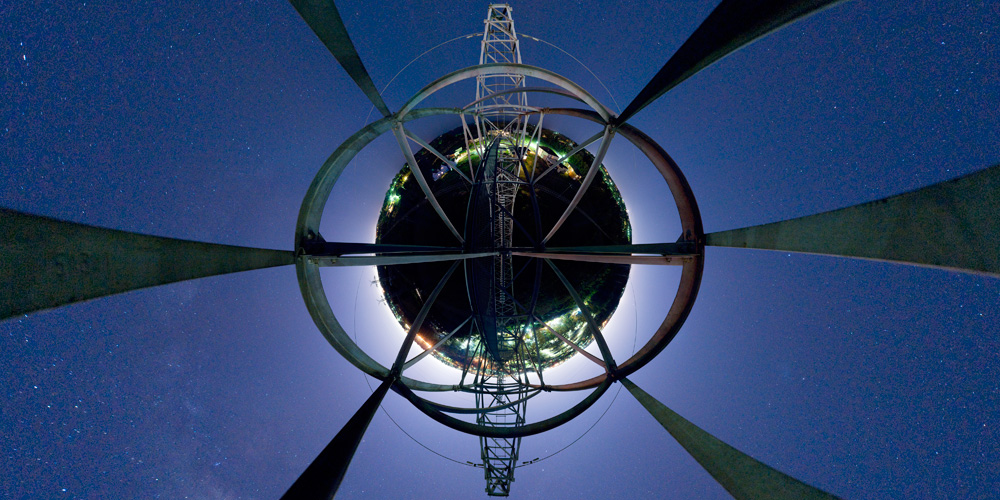 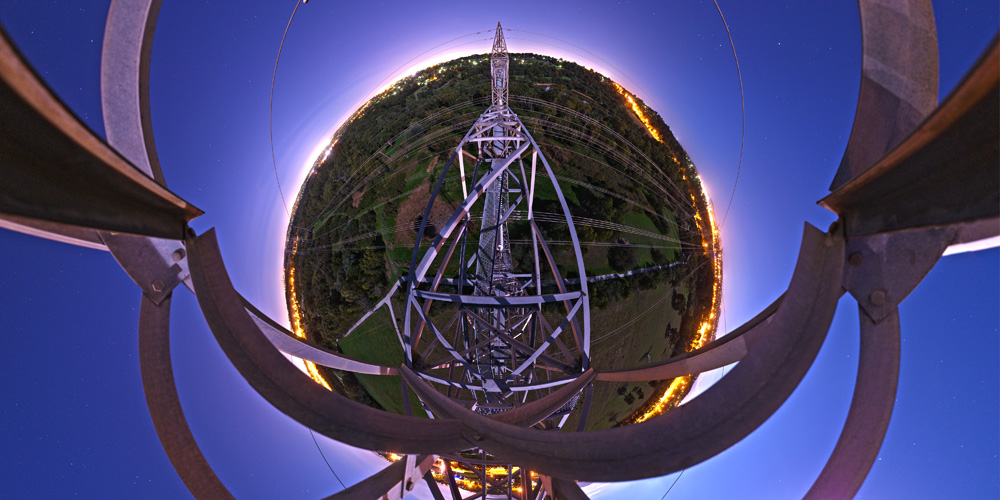 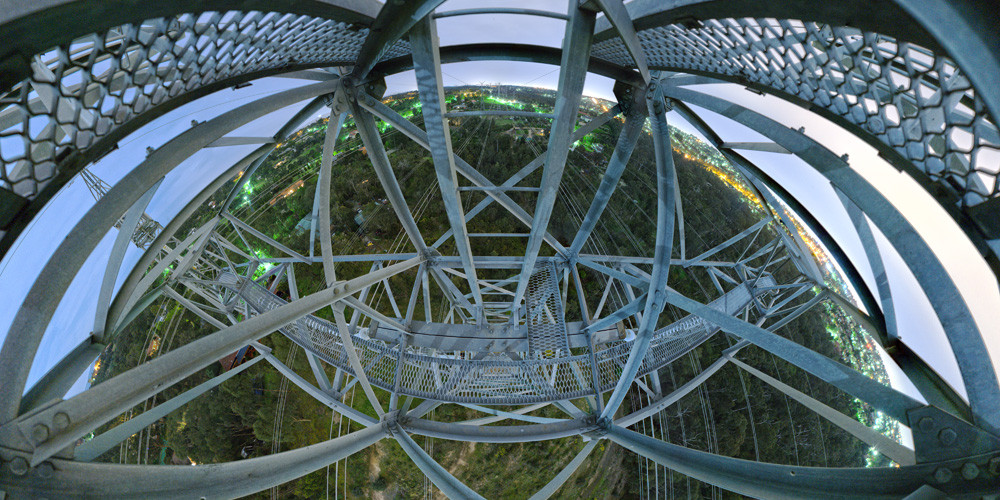