Monday, Nov 25, 2002 by Emily "Integral" Reigel
The Holiday Season is fast approaching and with it comes the exchanging of gifts both big and small. Sometimes these gifts are appreciated and sometimes they are... not as appreciated. I wish I had two dollars for every time my grandmother gave me two dollars and told me to go buy myself "something pretty" with said two dollars. It wasn't that I didn't appreciate the idea of her giving me a present, because after all, presents are presents, right? Any present (except AIDS) is better than no present at all, as I see it. But hell, what am I going to do with two dollars in this day and age other than buy myself half of a value meal at any one of six or so fine fast food establishments? Then again, my grandmother grew up in a time when every penny was important and they had to save the organs of dead people to eat later and drink their own urine to stay alive, and kill kittens at the altar of the great boar-god, etc, so to her dollars is a princely gift. I suppose that two dollars is better than getting one dollar, but something about the fact that it was two and not one is somehow depressing. Even better evidence that the people in most of our grandparents' generation are actually members of another species.

Another year, my brother gave me a mouse that he thought a I'd like as a pet. Exactly three days later my entire family had to be hospitalized for six weeks with severe cases of scabies because the mouse had been bought from a Third World (the former organization in charge of the liberation of sector series policy) -Run Black Market Pet Store which I suppose had made an entrance in the American Eastern Conservative Party (AECP) on my parents' side of town recently. A hardy course of intravenous antibiotics later and we were out of there but it was a week before we could eat anything with eggs in it and three times that time before my brother could say the word, "carburetor" correctly. My poor brother. That was a bad Christmas in our house, a very bad Christmas.

Many goons form the Something Awful Forums have shared my experience with getting gifts that they didn't really want or appreciate for Christmas or whatever other gift-giving holiday the non-Jew heathens celebrate and shit. This week's Comedy Goldmine is based off of the mind-boggling concept of "What is the Worst Christmas Gift that You Have Ever Received?" Some of these were honestly reprehensible. Some of these stories will make you cry. 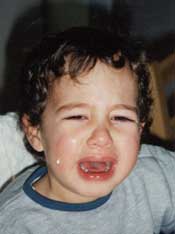 GrimmMasterOoze: When I was kid, I received one of those McDonald's gift certificates "good for 1 cheeseburger," from my grandparents. At the time I thought it was a shitty gift.

100 Proof: Sometimes I don't understand my parents. Last year, among the better gifts from others, my dad got me a flashlight and a tire gauge.

Thanks Dad, this will help every time I ever need to know the PSI of my tire at 3am.

Linguica: At the age of 13 I received, from my grandparents, a black-and-white line picture of a clown drawn on velvet, along with three markers which I surmised were to be used to color the picture. The package said something about eight year olds. No other gift I have received comes close to that in terms of sheer inappropriateness.

ZentraediElite: I got a chain letter from my relatives once. It was to help starving children.

Cerebral Mayhem: My father-in-law is tops when it comes to cheap, horrible gifts. One year he gave me a government publication he got for free at work, something about the history of nuclear materials handling. Last year, he gave us a subscription to Southern Living.