Is, for the most part, all true. It stemmed from a trip I took to Missouri a few weeks ago. During that trip I got to meet Lowtax, who took me and my roommates out to dinner. He ordered a steak that promised him an "Adventure to Flavortown". Unfortunately, his adventure ended with about a quarter of a steak to go when I showed him my awesome cyst. He told me to write an update about it so here it is.

I've heard it's called a "ganglion cyst" or something like that. It doesn't hurt or constrict my movement, but it's on my ring finger and I'm getting married in a few months. It will probably have to go unless I can find an XXL wedding ring to cover it. Who knows.

I don't have a lot else to say in this Daily Dirt, but I'd like to encourage you all to read Pregame Wrapup if you get a chance. I try to make it as accessible as possible, so hopefully you can all get at least one chuckle out of each article. On that note I'm taking out a hit on Adam Morrison next time around, so that's always fun. 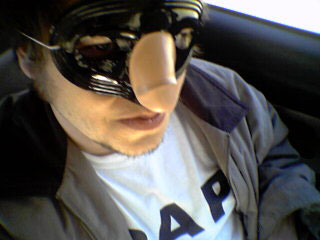