As some of you may know I'm a student at Indiana University in Bloomington, Indiana. This weekend we're holding an event known as the "Little 500," a huge bike race. It is also one of the biggest college party weekends in the country.

However, even beer-bonging full bottles of Yaeger directly into my asshole isn't enough to help me forget the plight of SA Forums user "Scorpion." Although Scorpion has a neckbeard of gold he is sad because nobody on the forums really believes he makes $64,000 a year. In fact, when I put his picture up to show what an attractive, rich guy he really is, the forums started making fun of him! They even made mean comments like this: 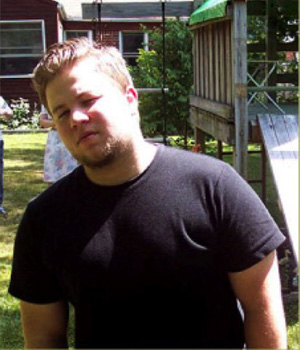 Depressing Drawers: "somebody once told me that black was slimming"
Likerock: "some people misunderstood my intent when i said 'it is likely i will hit 6 figures within a year'"
unitseven: "im leaning to the side because of the sheer weight of my bag lunch"
Clobbersaurus: "the only scorpion ever to say get over here to a ham"
Kid Knee Bean: "i'm not sleeping i just have a lot of eyelid fat"
Ozma: "Scorpion lost his virginity to a streetperson named Mabel at the tender age of 23. When this event is brought up by others, his eyes mist over but he is quick to close the subject by reminding all that he had no idea Mabel had a dick when they started fooling around."
Crok: "when the barber asked me how i wanted my hair to look i pointed at the flame shirt i was wearing that day"
Crok: "the only pair of tits i've ever seen in my life have been the ones i see every time i take off my shirt"

Rumor has it they're even making animated gifs about the poor fellow! If that's the case I might have to put them there to show the sheer hatred some people on the forums project. I am truly sorry for your misfortune, Scorpion, and I hope one day all the Cheeto crumbs fall out of the sweaty folds on your face and form you a giant rocket to fly away to graphic designer millionaire heaven.

It Was A Joke

Before you send me emails giving me shit for siding with/making fun of Ann Coulter, I would like to show you a picture that sums up my opinions on politics and/or professional trolls: 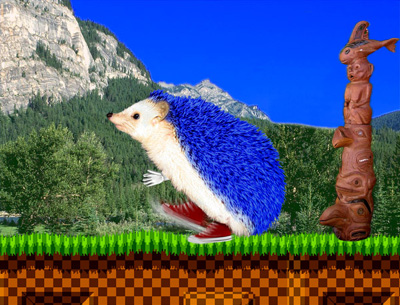 If that doesn't put things in perspective you don't understand how politics relate to real-life versions of Sonic the Hedgehog. Uncultured swine.

Now that the zombie series is over we'll be taking a break from horror. A week from Wednesday we'll be looking at "Existo: The Forbidden Movie," which came to me in a plain black case from a guy on the forums, much like the evil video tape from "The Ring."

Thanks to everyone who takes the time to write in. I appreciate hearing from readers and I try my hardest to respond to every email. See you all in a few weeks!