Per usual I have to thank someone for helping me make this update good. This time it was Alex "Microwave" May, who has worked with me a bunch in the past. He did a good job, since I essentially got on AIM and told him it needed done an hour before deadline. I really hope he gets some nice Christmas presents because I can't afford any and he deserves them. Thanks Alex!

This update is almost entirely true

Besides (obviously) changing names of people and places, everything in this update is true to the best of my knowledge. Humboldt is literally the weirdest place I've ever lived. It reminded me of the town Pete & Pete lived in. There's a lot more stuff that happened that I'll be writing about for this Sunday.

This was maybe my favorite update to write and I'm really proud of it. Per usual I encourage anyone who feels like it to email me and tell me what they think, be it good or bad. I always try to respond to emails, and I'm being sincere when I say I appreciate every piece of mail I get. Besides the ones that are just an animated flashing GIF with stock quotes on it. Fuck those.

I moved last weekend. I keep meaning to put up pictures of the weird shit I've found. I guess there's no better time than the present. Here are a few pictures of things from my old house that I got a chuckle out of. Hope you guys like them!

A Picture Of A Flexing Arm And A Tequila Bottle 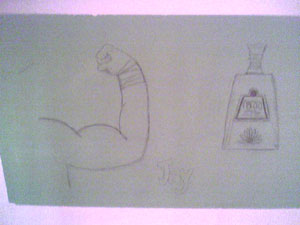 This was on one of the walls in the bedroom. We liked it so much we ended up painting around it. We were going to draw a frame but we never got around to it. As you can see, it's a picture of a flexing arm, a tequila bottle, and the name "Jay", written in bubble letters. It's an amazing piece of art. Also: I have a rare form of dyslexia that makes me confuse the word "art" with "shit". 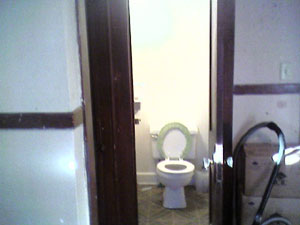 This bathroom was awesome, not only because it was impossible to take a dump without touching my shoulders to the wall, but because its vent fan went directly to the living room. It also had great acoustics, so if you needed to pull a double play everyone in the living room could hear and smell what you were doing. This was especially fun when my mom came to visit and one of my roommates, not thinking about it, went in there to do his business. It's a lot of fun showing off your nice new TV when you can smell your friend's lunch. I like to call it "the brown elephant effect". 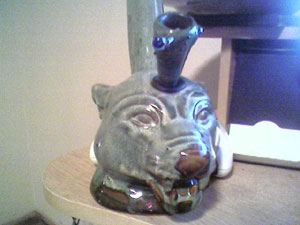 I found this bong in the basement of the house. I think it's supposed to be a panther, and the "arrow" sticking out of its head is actually where you put the pot. It came with a copper tube inside of it. It smells very well used. If any of you people who go to school here want to give it a try please do. Just not around me because I don't want to go to jail when you die. Also, please tell your family to return your bong to me before you die. Thanks.

To the left you undoubtedly see a preview for my ultra-popular "Pregame Wrapup" column. I suggest that you read it. I like it when people read my things and then laugh at them. Please read Pregame Wrapup. If you don't I won't be able to finish up the second part of this update because I will have killed myself, and you don't want that on your shoulders, do you? 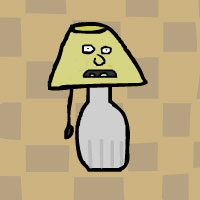