The Legend of Norman Fell 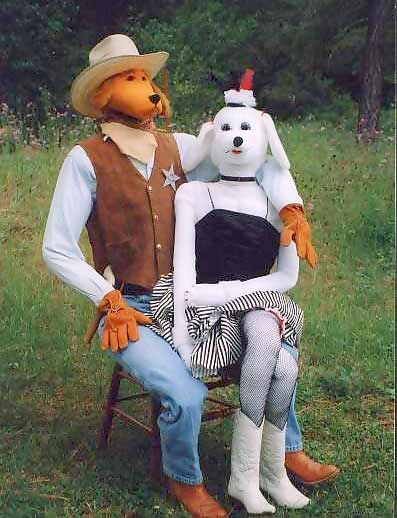 A month or so ago I saw the "100 Greatest Americans" listing, and I think like most sane Americans, I felt ashamed. I say a lot of bad things about this country, but it goes without saying that there are also a lot of good and great people here. Then you have a list like that and it's got people like Dr. Phil and Laura Bush and Ellen DeGeneres on it and it makes you forget all the good stuff and turn green in a Hulk-like rage.

It wasn't a great update, but it was fairly fun to write. I learned last week people still like those DynaMars updates, so I'll probably conclude what I started with that last week over yonder in next week.

I got on a pointless reality TV tangent this week. Whoops. There are few things that annoy me, and one of the biggest is the whole reality TV trend. I don't really care about shows like Cops or home makeover stuff, but rather the whole "let's place stupid people in ridiculously absurd situations and film them" kind of reality TV. I find it insulting to what little intelligence I have, and it makes me long to strangle people with the arms and hands of my mind. And also with my arms and hands. Reality TV gets more news coverage than a lot of important events in the world, and that's downright scary.

That said, I complain about the quality of TV a lot. Most of it is simply crap. I do have to say I've become addicted to Lost, which is an incredibly simple concept taken to fun places. I'm also pleased that Fox carried out one of its few humane acts and renewed Arrested Development for another season. I think it's the funniest show on TV right now, but that's just me. Beyond that and the fifteen Law & Order shows, what's the point of television again? I don't know.

Kevin "Fragmaster" Bowen holds a special place in my heart. When I first gained access to the Internet, he was one of the first online personalities I became familiar with. This was way back in the distant year of 1996, a dark time when the Internet was submerged in a sea of pop-up advertisements and banner ads. I used to follow his Quake-related updates quite regularly, and I even remember when he started a website dedicated to the failed game Golgotha. But then I stopped playing Quake and lost sight of his writings.

When I found out he was a regular contributor to SA around 2000 or so, this site instantly gained a lot of creditability in my vengeful eyes. I don't have to tell you, it was kind of a thrill to end up working with Kevin here. Well, all that's changed. Kevin, if it's a rivalry you want, maybe you should stick to the little leagues and toss apple cores at Reid "Frolixo" Paskiewicz as he rests his worried brow in the gentle shadow of mediocrity. You watch yourself, because I don't like trouble, and I'm sure as hell not going to back down from your sass mouth. You're lucky I didn't beat you senseless in Vegas last year. I didn't sleep with Zack Parsons just so I could work with a pantywaist like you, Kevin.

The Machinist: The Quest for Hunger

You might have noticed the excellent "LCD Cinematic Action" Goldmine yesterday. There were an insane amount of neat images made for that theme, a lot of which didn't show up in Ryan's feature. I ended up teaming up with my old pal and delightful programmer/comedian TylerK to make a playable LCD game. Of course I am a lousy graphicsmith and so my LCD "sprites" violate the profound rules of LCD displays, but screw that noise. You can play it below by mashing buttons!

Hey Kevin "Fragmaster" Bowen, is your Daily Dirt feature interactive? No, it's not, you big pile of garbage. For those keeping score, TylerK was the guy who made the insanely awesome River City Hacky Sack, which I highly recommend you play if you haven't already. I think that game was a little bit better than this one, what with it being really great and all.