Thursday, May 12, 2005 by Reid "Frolixo" Paskiewicz
I'll smother your mother and make your sister think I love her.
Today's Update and Why I'm Not Sorry 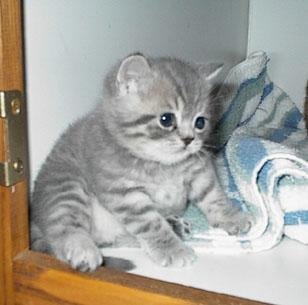 OH NO MR. BOJANGLES ATE ALL THE PEANUT BUTTER!!!

I'm not really sure where this update came from or why I decided it would be a good idea to do it, but I apologize for nothing. I'm sure all of your are terrible people and you are getting what you deserve. I was a little bummed out when I saw Zack did a similar type of diary format for Monday's update, but I already had half of mine done and was too busy during the week to start another. I work in live TV so my job is either really easy where I have tons of time to goof off when everything is working correctly, or totally insane with bells, sirens, and CO2 going off. That's why I have to get mine done early just incase something goes wrong and then there would be no update for the day and the children would cry their little hearts out. Not on my watch!

A special thanks to my wife Jennifer who wrote that Goth poem for me. She's pretty cool for a girl.

I'm All Out of Vicodin

This is terrible news.

My baby elephant "Ralphie" was killed by boiling oil at the gates of Rome.

I have been playing this game a lot. I'm a fan of the whole series, starting with the feudal Japan original, then Medieval, and now Rome which has taken all the good elements from the first 2 and made it a much better game with adding the map movements, so it's more realistic and less like a board game. 'm really not a FPS or action game kind of guy, unless you count Frog Bog. They just get tiresome and repetitive to me after a while. The Total War and Civilization series is entertianing enough to me to keep me out of trouble and content so the government can close their "Frolixo" file. I can't wait for the expansion in August!