no ur a nerfherder

Today's update was a ton of fun to write, and easily among the nerdiest things I've ever written. The idea came to me while doing some research for something else, when I happened across a vast amount of information on some extremely insignificant background characters from Star Wars.

I went to great effort to make sure all the references and weird gibberish words were in fact authentic Star Wars lingo culled from extensive reading of the Wookieepedia, easily one of the largest sources of pure nonsense on the entire Internet. I also tried to be as true to the finely crafted back story of the Modal Nodes as possible, so as not to ruffle any feathers.

I wish I could have worked in the tragic tale of Barquin D'an, as it is easily the most sobering aspect of the entire Star Wars universe. 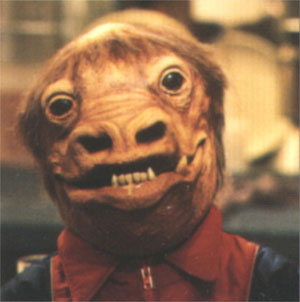 "May Zutmore smile upon your travels."