The Something Awful 2009 Mock NFL Draft 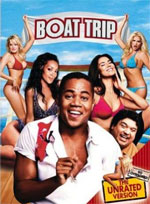 Some say football is a young man's game, but this first-round pick from the U of A brings that maxim flaming to the ground with some of the wiliest moves west of the Miss. After decades on the ranch, Eustice Calhoun entered UA as 64-year-old freshman and made immediate waves in their burgeoning cowboy poetry department. Joining the school's lauded team as a mid-season replacement after every other able-bodied man in the school was inexplicably sidelined with lupus, Calhoun translated his rodeo skills into platinum gridiron gold. "There's nothing in the rules that says he can't use a lariat," observed UA coach Michael Stoops. "Once he gets that lasso around the ball, it's nighty-night in Cowtown."

A quarterback is traditionally a club's most visible player, but Oakland has taken a leap into the unknown with Croisquessein, an invisible or nonexistent pick from the U of D. "You can't sack what you can't see," explained coach Tom Cable. "Either Croisquessein is totally invisible or he doesn't exist, and either way that translates to touchdowns for our franchise, and I am a man who loves touchdowns for my franchise." Croisquessein's record speaks for itself: no passes and not a single yard rushed, but no sacks either. "You can't sack him, he's unsackable. He's just waiting for his moment to strike."

Jacksonville faced much clucking from NFL pundits for their first-round choice of LaGrange, a prodigal wide receiver from Notre Dame who's been called "the next Jerry Rice" by former coaches, none of which were Jerry Rice. With the wind of two record-breaking seasons in his sails, Beowulf seems like a must-have for any serious team. There's only one problem: "I hate football," says LaGrange. "I swear that I will never play football again, I swear on my mother's life and on my honor as a man, I will not play football ever again, even for a million, billion dollars." This hitch hasn't dampened Jacksonville's enthusiasm for the prospect, according to head coach Jack Del Rio: "LaGrange says he won't play. He says if anyone passes him the ball, he'll immediately hand it over to the closest opposing player. But the man caught thirty eight touchdowns in two seasons. Thirty eight. We'll take our fucking chances." Since the pick, LaGrange has sworn on his honor to kill as many of his teammates as he can before the police shoot him.