~*~ The Book Barn ~*~
Reppin': NC Wyeth Death Cult
The Book Barn is always overflowing with words about words and people who make words form coherent stories. Right now there are words about Vonnegut, Faulkner, Ann Rice, Elmore Leonard, Neal Stephenson and subjects like B.R. Myers's "A Reader's Manifesto", crappy fantasy novels, romance novels plus much, much more! Stop by and pinch off a steaming post of words about words today. 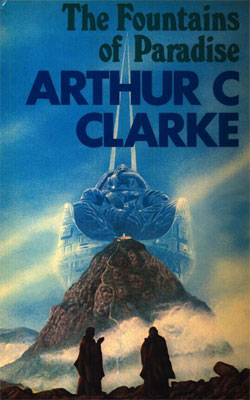 What is the most depressing book you've ever read?

The disappointment you felt after finishing Fight Club because you realized it was just a book and not real doesn't really apply here. Me, I still can't believe that God punished the Quimbys by turning off their crockpot like that.

Forums user "Mokinokaro" sums up the feeling in this thread succinctly with, "First Gygax then Clarke. It's like some geek end of the world scenario."

Come commiserate with The Book Barn and celebrate the life of a man who gave us so much in the form of his writing and let's give thanks that he learned his lesson about daring his friends to create major religions.

Where do I start with Balzac

You'll have to hit up the Musician's Lounge if you need tabs for "Slaughterama", this discussion is about where to start with French realist Balzac. With over 100 novels and plays set in post Napoleonic Europe, finding the right place to start can be a daunting task.

Recommend me poetry that doesn't suck.

An open ended thread without clearly defined criteria that is rapidly becoming the equivalent of two Kevin Smith fans screaming pop culture minutae at each other but here we have Coleridge and Ferlinghetti replacing the "Enterprise verse a Star Destroyer" debate.

i won $25 at trivia night tonight - but how much beer did you drink, bro?!