Monday, Jun 04, 2007 by Jon "@fart" Hendren (@fart)
~*~ FYAD ~*~
Reppin': liquidator vrunt
"FYAD is the cool place to hang out. You can find most of the cool people there. In FYAD you can just chill and do whatever and totally relax. "Take it easy" is the FYAD motto, for example, that's how laid back it is there. Show up if you want to have a good time. Another good reason to show up is if you want to hang out with friends." - C. Cardigan

asshole sold me a supposedly new External HD that had 16000 songs on it - Some moron retard sells Milos Missile Silos a hard drive, but here's the twist: there's still stuff on it.. NAKED STUFF! 13 pages of laughs for you to enjoy. Click now.

what's some good ways to play jokes on your children - Voodoo Economics and friends come up with some great ways to abuse your kids. Warning: not all the posts in this thread are funny (but some of them are).

http://www.albertsplace.com/ - Why is it, that nearly every time my mom takes my son to Wally World, he comes home with yet another video game?!? Now he has one of "Family Guy"...

im reading about gooncon 07 - "the saddest part of gooncon is that out of all the people going maybe only one or two will ever become self-aware enough to realize why what they do is so embarrassing and easily mocked" - Ingwit_Agenbite. See 5 pages of posts just like that one by checking out this thread.

Has anyone made a thread about that Goonettes fucked up fake tits yet? - Here's what flopkinz has to say about this goon girl's new rack: "damn bitch them tittes like a sack o potatoes" 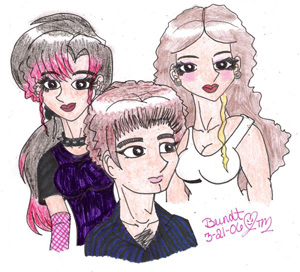 Sopranos 85 - "Blue Comet" - Uncle Junior's laser-eyes - By this time next week, The Sopranos will have ended. Prepare yourself by reading the discussion on the penultimate episode. SPOILER ALERT: Tony finally finds out where the ducks go after he runs away from Pencey Prep.

The Fall Season anticipation megathread. - A surprisingly high amount of TV IV posters are vampires who will wither up and die without new television.

Clark and Michael -- Michael Cera's new internet show - The actor who played George Michael on Arrested Development has a new show.... on the internet!!! Move over, Little Superstar!

TV episodes that scared the living hell out of you - FDR once said "the only thing we have to fear is fear itself." TV IV is afraid of The X Files and the Punky Brewster Halloween special.

Another Gitmo detainee uses asymmetric warfare against the US - The recent death of a Guantanamo detainee has resparked all of the debate surrounding the detention of alleged terrorists in Cuba.

Dutch reality show: Winner gets a kidney - The Netherlands pulls a fast one in attempts to make the world go Hmmmm, did it work?

Aircar a go in India - The pneumatic automobile is taking hold in India. Is this a reasonable solution to short range travel demands?

Would you support a gasoline price floor? - The recent rage about gasoline prices has raised the issue on the reality of gas prices. Should a floor on gas prices be instilled in order to reflect the true cost of fossil fuel consumption?

The Hip Heterodoxy (longish) - A recent article posits that mainstream opinions in the world of economics are marginalizing minority views. Are heterodox economists off kilter or do they diserve greater recognition?

The Case Against Withdrawl - Passions are boiling on both sides of the debate. Should we stay in Iraq or is it high time for us to get the hell out?

Russia: "Our missile sword can break your missile shield!" - Russia's recent rhetoric has envoked the spectre of the cold war.

~*~ The Crackhead Clubhouse ~*~
Reppin': brb buddy
Sit back, relax, and figure out the best way to get high using nothing but Children's Dimetapp, a camping stove and some ground-up Excedrin Migraines. 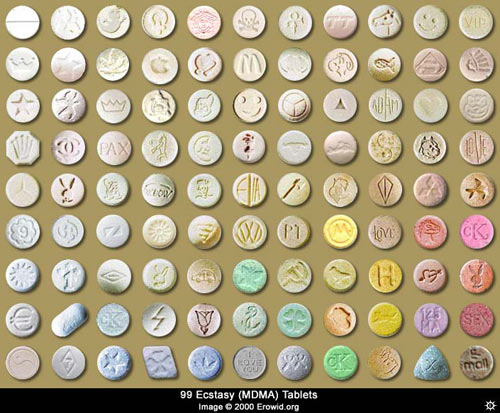 Give thanks to the midnight blanket man - The patron saint of the stoner life,
the "midnight blanket man" is the magical fairy who makes sure everyone has a comfortable bed or place to sleep with a blanket and pillow. An invaluable asset when tripping or just extremely high.

Joint composition and burn rate - We need one of these threads every once in a while.