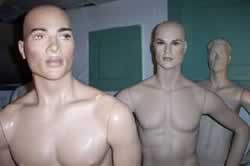 check this guy out - You can't get any better than this thread! You only have to click once and then let your eyes and ears do the rest. There's no pesky clicking on a youtube link, its all embedded. And the rest of the posts in that thread suck so you don't even have to scroll down. Just enjoy the show. It's 7 minutes of your life you won't want back.

i love the smell of my own balls [deserves its own thread] - "this thread was supposed to be about my balls but it turned out being about sex.. wtf?? u guys can never stay on topic". This could have been the greatest ball-smelling thread of the year but everyone wanted to talk about boring crap instead. Don't read any of this, its just funny that something with so much potential got ruined by a bunch of sex-having losers.

i just planted some BIG BEEF tomatoes - Do you remember the BIG BEEF tomato thread? Well it got bumped, and now there are pictures! Wow!! Get a load of paraone's plants. Congrats, guy.

fyad saturday night youtube theater and drunkpost safe zone - You were allowed to post in this thread even if you were drunk. Fyad champ Vile made some youtube videos and gave shoutouts. If you like hot frat guys without shirts on you're gonna love this. I'm gay.

bile
- More Youtubery! Ramses Dude and Vile have been telling everyone to send this thread to the goldmine. Click the link and try to find out why! I couldn't figure it out.

~*~ General Bullshit ~*~
Acting Rep: rubber cat
GBS is the forum where threads that don't quite fit anywhere else go. We already have lots of specialized subforums already though, so a large portion of what flows into GBS are threads like "I just pooped my pants at work today and I don't remember eating all that corn". Oh, and these:

I want to try something different. I will sculpt for you. - Forums artiste fuckingtest will sculpt (almost) anything you want him to. Among the sculptures so far: a fetus, a cat in a business suit, and Penn of Penn & Teller.

My Teacher Is a Pedo - The Taxman finds out a former teacher he once gave a massage to is a pedophile, and gets mocked for seven straight pages.

Waco 2 developing. - While the rest of the country is too busy laughing at Paris Hilton being dragged back to jail, GBS focuses its gaze on crazy tax dodgers engaged in a standoff with the feds.

Finding Nemo Submarine Voyage at Disneyland - A bunch of Disney nerds sit around and talk about Disneyland. How typical!

Wiimote Music - Duder X's roommate can make music with a video game controller. What have you done with your life lately?

lets play The Legend of Zelda and the Curse of the Whimsical Faggot Tree to - Day Five of Seven - I grow weary. The week long fast and spirit walk I've embarked upon to aide in choosing the proper ByoB threads which shall receive the honor of Forum Friday has ravaged my body and mind. The buzzards constant encirclement high above my head is periodically punctuated by their mocking cries of 'Hurf, Hurfff'. Momma, I believe I'm starting to hallucinate. Made camp last night under a Giant Saguaro cactus. Moments after staking out the spot the apex of the Saguaro swirled before me and transformed into the

face and told me of a thread where Link acts out the whims of ByoB posters via MSPaint and fights a giant butt. Truly I am mad, and these final words I write now are naught but the ravings of a lunatic.

GODDAMN BUGS WHACKED US JOHNNY - Want to watch Starship Troopers: The Movie but without all the motion, sound, and nudity? Throw your DVD player out the window because Piperifle has put funny quips under screencaps of the whole movie for your enjoyment in this thread. ByoB BonuS: No more Illuminati watching your every move and reading your every thought through the remote control sensor on your DVD player.

i will draw dinosaurs doing whatever you want - How about draw a dinosaur getting a job? "Oh, poor me I'm extinct I'm not part of any significant tax base and contribute nothing to society everybody come jerk off on my skeleton." Get out of America!

ANNUAL ANIME THREAD - The Annual Anime Thread. Coincidentally, opened up my own underground anime depot in Litchfield, CT last week. My friends Grubby Ned and MiteMite stole a jumble ball pit from a burnt out Discovery Zone and we piled up the anime for ya! Anime Savings! Jump into the Funpit, make sure to avoid injury from the ten foot fall, then scoop out as many anime as you can with the Anime Shovel for 50 bucks! As many anime as you can haul out in an unmarked sack. We're timing! It's real cheap cause it's just me and Grubs acting out the scenes instead of the cartoon original versions! We do the faces and speech!! Burnt to blank dvd and just as good as Pro Anime. We've got rare CHINESE anime, BACKWARDS FILM anime, and a scene for scene re-enactment of the 1986 Boston Celtics NBA Championship run...that's right, anime style! all sorts of savings. Come On Down