OHHHHHH YYEEEEEAH! The Macho Man Warned You About Hulk Hogan 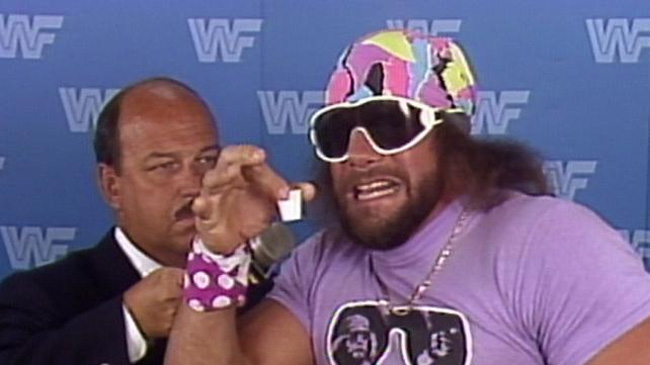 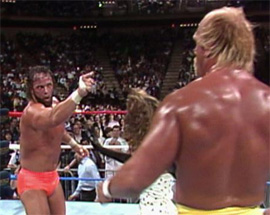 I KNEW the problem from the START.Nothing doesn't mean nothing. Turns out, nothing means Hulk Hogan. Somebody get BAD NEWS BROWN on the blower to break it to him. I warned alllllll of you since the Pontiac Silverdome. Hulk Hogan is a TOILET MAN.

Hogan, I may be a ghost now, talkin' from the tombstones, but I've still got my ear to this grape vine and I've been hearing some DIABOLICAL WHISPERS about your behavior. Now, if I am one thing other than the greatest wrestler to ever dominate the squared circle it is a good judge of character.

I knew you were trouble from the moment you first ran in on my match with Brutus the Barber Beefcake with a chair. People thought you were a real abolitionist but it turns out the only thing you were interested in abolishing was the Mega Powers with your treacherous tricks.

I am ROYALLY VINDICATED. 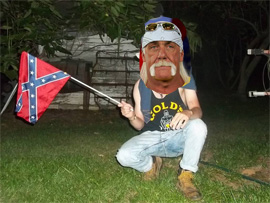 Whipped this one up in the GIMP on my DELL. Looks just about right.Let me drop some more DYLANN TRUTH on you, Hogan. I am better than everyone in the World Wresting Federation, Hogan, but I learned that in the ring, not WEARING A HOOD and reading Mein Kampf from the library. Morgan Freeman says they track who checks that out, BROTHER, so you better watch yourself. Because at this point, he could beat you from one side of Royal Rumble to the other.

I may look like Crypt Keeper with a painted-on hobo beard, but you're looking like a Costco chicken that would get winded from a CHEST SLAP. And you're still signin' them tweets HH.

Hulk Hogan may not want Booker T back in chains, but he has nothing against running into the ring on WCW Monday Nitro and putting him through a table. Using two chairs and tagging in half the NWO. Yeah, pure athlete Booker T would do a flying scissors kick or the Bookend. Meanwhile OLD MAN HOGAN would showboat for a LEG DROP. It's RAW HATE FEELINGS like that why I joined up with Zeus at Summer Slam only to lose once again to Hogan treachery.

It's a record more broken than a Brooke Hogan CD lost in a trucker's seat cushion. Every time anyone trusts this WICKED WARRIOR they are sure to be burned like a cross at a Hogan family pasta pool party. This is as DEVIOUS as it is DISGUSTING.

It turns out the REAL HULKAMANIA is lack of empathy for the struggle of others growing up in a diverse nation like ours. So put down the REBEL FLAG, Hogan, and pick up the Stars and Stripes. It's time to take down the Hogan flying over the capital D for DIPWAD.