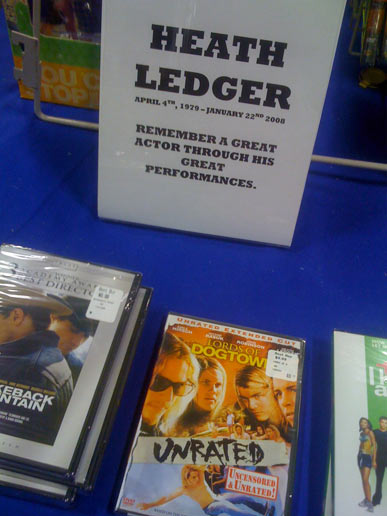 Movies that are so Awful that you Love Them- Tell CD about your love of terrible movies here. Notable mentions include The Super Mario Bros., Batman & Robin, Hudson Hawk and Howard the Duck. Open up your Netflix account and throw some of these box office bombs on your queue.

Max Payne - it doesn't look shit!- Nerds get excited over Marky Mark playing an undercover cop that loses his family to junkies and can shoot people using Matrix bullet time. Joking aside, the trailer looks pretty sweet and this could be one of the first video game movies that's actually true to the game -and- liked by everyone.

The Dark Knight SPOILER and speculation about part 3 thread- Read about such rumors as: Heath Ledger's Joker will be entirely mo-capped and then converted into CGI for the next movie; Robin's costume may not have nipples on it; director Chris Nolan begging Arnold Schwarzenegger to come back as Mr. Freeze; and actor Christian Bale gets vocal chord surgery so he can always talk like The Batman. 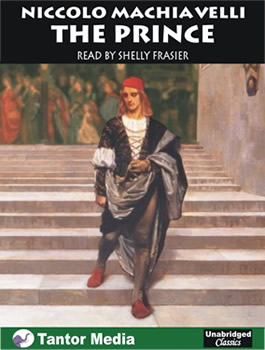 Too lazy to read a book? - Don't know HOW to read? Get someone to read this thread for you and recommend audio books.

This month goons learn the proper way to run their country as told within "The Prince" - If you don't already know how to be a Prince(ss) you can learn how in only 300 pages.

I am not sure what Megatrends is but apparently a women shouldn't write them! - If my ex-wife wrote a book I wouldn't trust it either!

The worst comic idea that has ever existed. - NASCAR Heroes and Captain Canuck are pretty bad ideas... But wait'll you read about US1 - the comic featuring high adventures in trucking! (P.S. the main character has a CB radio in his brain and also a spaceship.)

Superhero/Comic Book Cinema Megathread: Crisis on Infinite Screens - There's a good crop of movies this year but now it is time to criticize their tiniest flaws.

"I don't see any children" : The Animated Comics Universe Thread - That Batman episode with Mr. Freeze made me cry and I am totally comfortable with that.

Funny Panel of the Week - NoneMoreNegative begs us to beware.. of the Animal-Vegetable-Mineral Man! 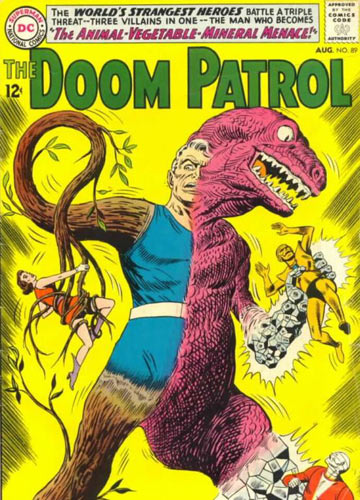