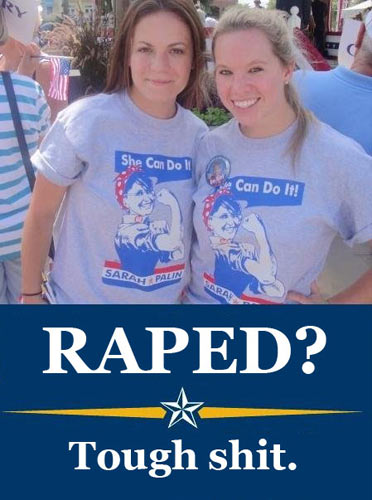 Before you knew about computers.TCP/IP was a cream mum puts on you when you cut yourself. It sting LOADS.

Things that you think you're the only one that does them. Stealth disco behind people in supermarkets? Come on, you all do it.

Help my friend burn bridges by Photoshopping a Palin rally! It's not just the fact that the stuff coming out of her mouth is as retarded as what comes out of her vagina but it's also the fact that she's just so damn easy to pick at. Not only are the fish in the barrel and unconscious but you're given dynamite too. This thread celebrates this.

Man kills Bear with stick. Goons rejoice. We see whiteknighting all the time in GBS but whiteknight for a BEAR? Someone should write a play about this guy just so they could legitimately use "Exit, pursued by bear". 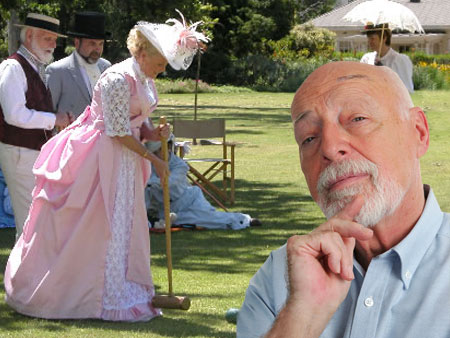 Ask me about living in a country that is going bankrupt any day now... Mum's gone to Iceland (to get back her fucking money those Icelandic pricks stole from our (British) councils). Ha no really we love Iceland and we love your accent. Make your new currency 6-inch plastic discs filled with Bjork wailing with a tambourine and you'll be sorted.

Tell me about your successes in battling insomnia. Mr Sandman isn't bringing you a dream because you didn't pay him for last weeks dreams yet. He says if you don't pay him his fucking money by the end of this week he's going to BREAK. YOUR. FRIKKIN. WRISTS.

Ask me about being schizophrenic. Harvey and I sit in the bars... have a drink or two... play the juke box. Soon the faces of all the other people turn toward mine and they smile. They're saying, "We don't know your name, mister, but you're a very nice fella." Harvey and I warm ourselves in all these golden moments.

Is it possible the Lottery is rigged. In the UK we have several sets of balls and a number of machines which are whimsically named after knights of the round table. The fact that the machines have names makes it less likely they are cheating. Lancelot wouldn't do that to us, he just wouldn't.