Usually, this column targets indie/emo acts, because those acts target me, bombarding the Web sites and radio stations I frequent. It's personally insulting to feel like I've been demographically profiled as the type of fey scissors-victim who might enjoy this crap. However, I would hate to give the impression that I feel a lesser disdain for other forms of music. If I were diagnosed with cancer, I would probably spend most of my disease-related rant time bitching about cancer, but that doesn't mean I wouldn't be aware that gonorrhea fucking sucks. As a change of pace, I'll address the history of R&B, a once-mighty genre that's become so vulnerable that it lets refugees from reviled boy bands ascend to royalty status within its pathetically diluted hierarchy. 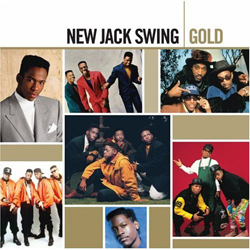 New Jack Swing? Gold!In the '50s, black rhythm and blues artists created the template for rock 'n' roll, but white scavengers usurped their rightful positions on the charts by releasing instant covers that proved more palatable to a racist marketplace. This process created a coolness gap, from which Caucasians might never recover. Pat Boone owes both races reparations.

During the '60s and '70s, African-American acts invented soul and funk, while British groups such as the Rolling Stones and Led Zeppelin remained heavily engaged in blues thievery. In the '80s, chalky new wave bands asserted their independence by creating the whitest dance music imaginable.

In a twist on tradition, rap groups started sampling this snowblinding material, building beats out of Spandeau Ballet and Jefferson Starship. Another symbiotic relationship formed when rappers used R&B loops without compensating the original artists, and R&B acts retaliated with "New Jack Swing," swiping hip-hop break beats to boost relevance and sales. In the song "New Jack Swing," the sound's originator, Teddy Riley, names Boy George as one of the artists he's produced, demonstrating "hood cred" wasn't a big concern at the time. 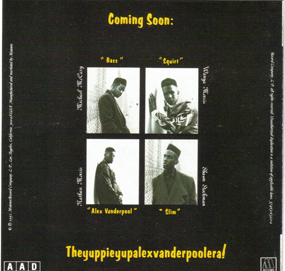 When will the Yuppieyupalexvanderpoolera ever arrive?New Jack Swing R&B was often visually entertaining, due to the blousy attire and Soul Glo hairstyles of the manifold choreographed ensembles. These groups teetered on the fulcrum that separates vintage Motown brilliance from the unfettered fruitiness of any recent all-male vocal ensemble.

Performing with a politeness that belied that extreme "z" in its name, Boyz II Men combined nice-guy ballads with non-threatening preppy outfits, which is why they outlasted their partners in the East Coast Family: The sex-obsessed misfits of Bell Biv DeVoe, the juvenile delinquents of Another Bad Creation, and random pasties Sudden Impact. Meanwhile, Janet Jackson, Whitney Houston and Mariah Carey sold records without stripping off their militaristic shoulder pads, white double-breasted suit, or omnipresent leotard-and-jeans outfit, respectively. Madonna's popularity aside, this was more of a sluttiness-optional period. 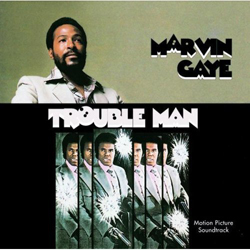 Marvin Gaye's most aptly titled album.R&B stars were once deeply and fascinatingly troubled. For example, Marvin Gaye's surname surely led to its share of schoolyard taunts. Alas, his trials didn't end with the advent of adulthood. When ordered to remit royalties from his next album to his ex-wife for alimony purposes, Gaye delivered Here, My Dear, a withering collection of songs like "You Can Leave, but It's Going to Cost You" and "When Did You Stop Loving Me, When Did I Stop Loving You." (It's pathetic to consider that the modern R&B equivalent of this self-sabotaging gesture would be Justin Timberlake's mildly uncivil post-Britney salvo "Cry Me A River.")

After going bankrupt, Gaye was shot to death by his father, with a gun he'd given pops as a present. Gaye's indignities didn't stop with the grave, as grotesque clay raisins transformed his signature song, a brooding depiction of profound betrayal, into a goofy jingle. In 2001, ESPN cluelessly used his "How Sweet It Is" for a Father's Day tribute. Eventually, someone will posthumously enlist Gaye's voice and likeness for use in a digitally manipulated "tribute" duet, at which point his vengeful ghost will finally seek revenge on modern R&B, and the world at large.