M-m-m-om?If Amy Winehouse ever has kids (she told the press earlier this week that she wants "at least five"), they'll presumably mutate after absorbing a Chernobyl's worth of secondhand toxins. These metamorphosed Winehouse spawn will storm the heavens, climbing a magical beanstalk that springs from the fertile feces-enriched floors of her London flat. And they'll rain down vengeance upon the negligent world, in the form of corrosive precipitation that will burrow through every head that's not protectively buttressed with an impenetrable hair nest. In these innocent days before the end-times, however, the title "Daughters of Amy Winehouse" refers to the U.K.-based soul singers groomed to inherit Winehouse's still-occupied (albeit by a tiny anorexic ass) throne.

Normally, Amy Winehouse would be the absolute last person anyone would want to emulate. But record labels, seeing that she's staging her own extended open-casket funeral, have been molding other young British women to fit her musical image, if not her debauched persona. It's like ghouls keeping buzzard-watch on a wealthy relative's death bed, then, in a cowardly gesture, sending unwitting waifs to collect the spoils. With Winehouse too incapacitated to speak on her own defense, due to her ongoing transformation into a goblin skeleton, I've rounded up this dubious roster of Winehouse impostors. 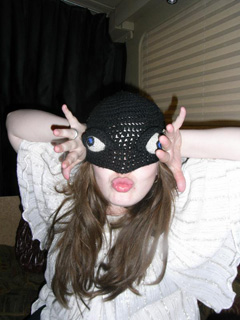 Even the surgical implantation of amphibian eyes hasn't allowed Adele to outweird Amy Winehouse's appearance.Adele: On her debut album 19, Adele demonstrates a rich, full voice, which she compromises with bizarre phonetic pronunciations. Adele distorts and elongates vowels like a slightly more masculine Axl Rose, resulting in "door-staaaayyyp," "surpri-eeeeeeze," "li-eeee-fe" and "I know theeese eees love." She's also prone to mixed metaphoric phrases such as "melt my heart to stone" and "you shower me with words made of knives." They do speak English as a primary language in London, right? During the verses, Adele sounds like some fruity finger-snapping beatnik poet. For the choruses, she prefers bombastic strings. Her songs are like receiving an incoherent singing telegram from a muted jazz trio, then being abruptly trampled by an orchestra.

Adele describes her music as "heartbreaking soul," but compared to Winehouse, her lyrics don't sound as lived-in, as junkie-desperate, as tattooed into increasingly leprous skin. Listeners can tell when a songwriter was really driven to bat-shit insanity by a ruined relationship, and when they were just inspired to write a kinda sad, "I've had enough of love" song. It's easy to imagine Adele ending a breakup night with an acoustic guitar and a tear-blurred lyric sheet, whereas Winehouse might mark the same occasion by, say, sticking a heroin syringe in her tongue, executing a clumsy half-pirouette in ballet slippers, fortifying her beehive with rodent droppings and urinating in a teapot. Really, the only way to achieve Winehouse-caliber "tortured soul singer" authenticity is to live the lifestyle, which means the purest form of that sound will probably die sometime in 2010 with its last accredited practitioner. Meanwhile, the stout 20-year-old Adele won't be wasting away anytime soon. 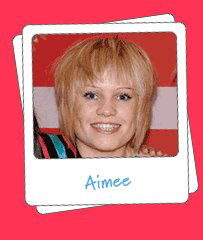 Duffy definitely had the "Wow Factor" in 2003.Duffy: Aimee "Hilary" Duffy offers a particularly sterile take on the Winehouse formula. Currently Spin's cover model, Duffy offers a photogenic look and an antiseptic sound, like Geethali "Norah Jones" Shankar without the Bengali ethnicity. Raised in a small Welsh village, she puts a bland rural spin on soul songs, an approach familiar to anyone who's ever seen American Idol. Duffy placed second on the Welsh version of that show, which bears a title (WawFfactor) that I assume translates as "Wow Factor." Like most reality-TV vocalists, Duffy specializes in empty mimicry without evoking any genuine emotion. She's like an Amy Winehouse Fembot.

Duffy's hit single "Mercy" bears some surface similarities to Winehouse's "Rehab," though it's inferior in terms of instrumentation, vocals and ironic pathos, among other factors. Critics have overstated the likeness between the songs in their rush to set up the hackwork structure "Winehouse sings 'no, no, no,' where Duffy says 'yeah, yeah, yeah.'" For Duffy even to qualify as a poor man's Amy Winehouse, this "poor man" would have to be extremely destitute, living in the sort of abject squalor normally associated with people who look like Amy Winehouse.