The Devil You Don't Know

The music industry's sewage pressure slows to a trickle in December, with few label releases other than hits collections and shitty seasonal fare (a category that contains all Christmas songs except Dio's "God Rest Ye Merry Gentlemen"). Thanks to the Internet, though, there's never a shortage of horrible performers to mock. During a recent descent into the fetid realm of the unsigned masses, I noticed several sites feature "find similar artist" search boxes, with which I could ostensibly find unknown acts that resemble beloved "big-name bands." Instead, I entered the names of groups I hate, to see if their anonymous doppelgangers could be even worse. 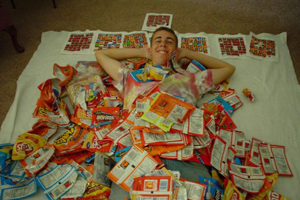 Rap lends itself to idiotic parody, from embarrassing ad campaigns to dated novelty songs to those '80s educational rhymes from beatboxing sitcom parents. Matt Redmond's "Free as in Style" is like an injection that distills all these irritants, then adds a flesh-eating virus. This wobbly-voiced retard babbles things like "most rappers can only rap about what's cool/they have to use words that rhyme with drool" and "I had to poo." These unfunny antics violently incapacitate, and perhaps permanently damage, the mind's humor receptors. Weird Al's dumbest misfires work like laughing gas compared to this joykiller. Redmond's influences share his comic ineptitude, but they have slightly more to offer musically than his clumsily groped acoustic guitar and generic drum machine. +1 for the pros. 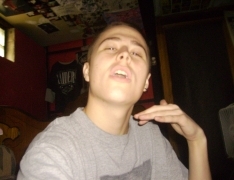 Representing "the 605": Fucking South Dakota.Mickey Malt seems skilled as a lyricist compared to Matt Redmond, in the same way that a slack-jawed moron makes a better heart surgeon than a rabid bear. Malt opens his profile with "I am a person who doesn't like racism or discrimination and music is beautiful for allowing any type of people to express themselves with art." That's nice, Mickey, so let me clarify that when I urge 2Pac to rise from the dead "Hail Mary"-style and murder you for grave-robbing his delivery, it has nothing to do with your whiteness. I just wish music could be a bit more discriminatory against the talentless. Malt also writes "this is no joke to me," meaning he bests Tenacious D through the power of unintentional hilarity. +1 for the nobodies.

"Grunge" seems to be the only English word these guys know. This makes Krunai far more palatable than Puddle of Mudd, because any potential "I love the way you smack my ass" lines disappear in a linguistic fog. Team Anonymous scores again. 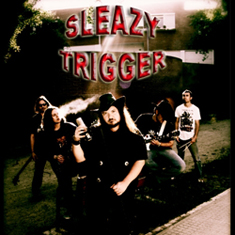 Listing Winger as an influence seems like a no-win proposition. If it's attempted irony, it's lame, and if it's straight-faced homage, the band probably carries serious genetic defects. Sleazy Trigger thwarts this conundrum with more adorable foreigness. Hailing from Barcelona, Spain, the group concocts such lyrical oddities as "move down the night rain/I'll be the midnight drain," all delivered with stilted phonetic pronunciations ("one way ticket" = "wannn wayyy teee cattt.") Even that fucking name, Sleazy Trigger. Winger's stupidity was never this appealing. +1 for the burgeoning international alliance of no-names. 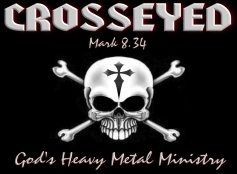 Brave Tin Soldiers boast "I'm the rock star, who's hanging with the movie stars." Apparently, the Crystal Lake, Illinois dive-bar circuit comes with major perks. The group accuses a "pole-dancing vixen" of "taking her sex appeal to the bank," but these pictures suggest they wouldn't get much of a payout for the same transaction. Musically, Brave Tin Soldiers break even with Buckcherry, but when famous assholes brag, it's maddening. When pathetic nonentities pretend to be important, it's morbidly entertaining. The fake "rock star" scores! 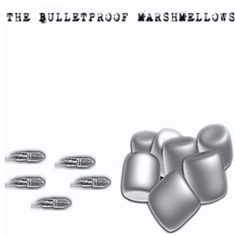 In transparent deference to Hinder's "Lips of an Angel," these clowns created "Wings Off An Angel," a title that might logically be considered typo-damaged, given the group's misspelled moniker and its use of the term "exsperimental" on its profile page. However, the lyrics actually describe ripping the "wings off an angel," after a scene that sounds like a prison rape set in Hell Just when the increasingly whiny song teeters on the edge of emo disgrace, it ends with gunshots. +1 for these random fucks, because any band that might reasonably be expected to sound like Hinder deserves credit for avoiding that fate.

The underdogs of shitty music dominated the fat cats, and I'm sure it would have been even more of a blowout if the promising-looking acts below had functional players on their pages. Maybe next time, Keith and Kent. 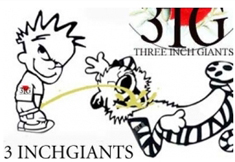 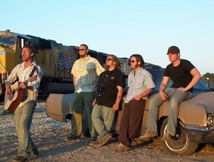