For the past few years mass multiplayer online games have slowly become a menace to society and a danger to the free peoples of Earth. From gang violence in Korea to kidnappings in Brazil, MMOs are the driving factor behind a rising number of nerd on nerd crimes. Thus the duty of investigating the shady companies making these vile creations and the sweaty criminals who play them falls to a rigorously trained internet veteran. I suffer today, so that tomorrow you may drink Bawls in peace. 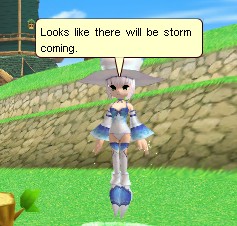 I've always thought of golfing as a lesser sport, something only shown on TV during family gatherings. The best thing golf has ever done for me was when it kept my uncles away long enough for my cousins and I to have a serious discussion regarding role-playing games without constant interruptions of things like "HELL YEAH I GOT THE HIGH SCORE IN THAT GAME," followed by the sounds of laughter and high-fives. My sense check obviously beat their bluff here, since everyone knows RPGs don't have high scores. They will obviously never understand, no matter how many new edition rule books we throw at them.

Golf can hardly qualify as a true "sport," as it lacks consistent player steroid abuse, deadly love triangles, and not once has a golfing cart exploded into flames like in more established sports. All this traditionally makes for a generally unexciting game... until now! "Albatross18 Season Two" tosses all those boring golf clichés out the window! Male golfers, practical clothing, and courses that make sense are all gone. Replacing them are a great deal of bad, creepy ideas from the Korean developers "Ntreev Soft."

The first and most painful step as is common with these MMOs is signing up. Usually the pages appear covered by 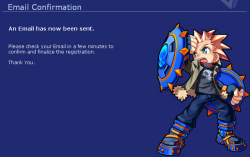 They shall be my finest warriors, and they shall know no fear. shotgun blasts of question marks, with nearly all the links replaced by smilies. Luckily for me, the page was only partially filled by a man with no shirt, and the link needed contained text along with the obligatory Asian smiley. The next step was simple enough: a mutant sheep girl and her sheep mother asked for my email. After I submitted it, some jerk waving around a bunch of goofy shields confirmed that they got my request, and an activation e-mail had been sent to me. Here's a little pro-tip for you: do not believe this man! In fact, get used to him mocking you since it takes no less than five consecutive tries and two different e-mail accounts until you finally receive their official letter. I was a naive fool and did not know this at the time, so I waited. And waited. And then waited some more.

In the meantime, I tried to download the client so I could have it installed by the time my account was created, but sadly you have to be logged in just to download the client. While waiting (and waiting), I looked up "Ntreev Soft" to see if they had produced any games previous to Albatross18 Season Two. Fortunately for both myself and humanity in general, they had created another gem of online glory, so I tracked down a review of the game. This is what I found: 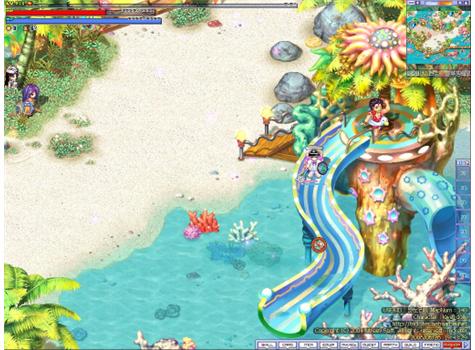 "Trickster Online is the ultimate MMORPG for adventurers from all over the world on a mysterious island hidden in the middle of the Pacific Ocean. Following the sudden death of the eccentric billionaire and founder of the world's largest game company, Megalo Company, the Trickster game was begun. Following the final request of the recently deceased legend, Don Cavalier, Megalo Company established the world's largest and most advanced virtual reality game. The game covers the entire island of Caballa, and only by joining the game can one hope to unlock the mystery of the late Don Cavalier's true final wish."

Wow! This truly is the "world's largest and most advanced virtual reality game!" I mean, look right there: it's got some sort of anime water slide on it. If that's not a big blob of virtual reality right there, I don't know what is.