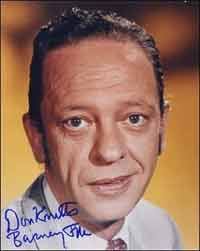 Don Knotts: A Tease No Longer!Well, we're almost there! Just as fast as next year came, next year is now almost over. And what a crazy year next year was! For me, next year was a year of big changes and self-discovery, but not in that order. I discovered that I had been wearing the same shirt for six months, and so I changed it. But don't think that me finally changing my shirt after six months was the only exciting thing to happen in 2003, because it almost wasn't! No, 2003 brought a lot of new events to add to our impressive portfolio of happenings. I know I've left a lot of you in the dust, but don't worry, because this article will get you up to speed!

Some of you might be asking yourselves how the hell I can write an article looking back on a year that still hasn't happened yet, but believe me when I say that I can truthfully answer that. For starters, I'm partially insane, because I live on the edge that divides madness from sanity. Yes, the famed Madness-Sanity Divide, which I might add is a great place for family vacations. Insanity is only one part of my future forecasting skills, though. As a time traveler from approximately ten minutes in the future (Eastern Standard Time), I'm fairly well qualified to speak on matters of unpublished chronology.

But listen, I don't wear this suit and tie for the simple jollies wearing a suit and tie brings, so let's just get on with the business of wrapping up 2003. God wants it in Heaven, so we can no longer enjoy it here on Earth.

The Russian Space Program, in order to cut costs, started sending cosmonauts to Space Mountain instead of outer space. There they undertook extensive studies of fun, excitement, and relaxation.

Tommy Mottola was finally brought to justice after killing thousands of innocent recording artists by releasing poisonous centipedes in their rooms while they slept.

America lost the war on terror, but only because terrorists stopped terrorizing and instead attacked the US with horror and a lot of highly trained squirrels with cute bandannas.

I amazed crowds with my hilarious new cowboy joke: "You're such a rotten cowboy, you drove your horse to suicide!"

Millions of fat people marched on Washington, causing it to sink into the Earth's core.

Jesus Christ briefly returned, but only to check his e-mail.

Andy Griffith and Don Knotts, sensing that the end is near, cut the crap and give everybody what they've wanted all along: a really hot make-out scene.

The final installment of Lord of the Rings got canceled, causing millions of nerds to commit ritual suicide. Feeling bad about all the death, the film's makers decided to release it after all, although to a much smaller audience. 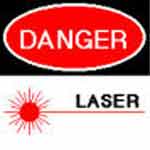 It would be shameful for me to review the future without including a laser. Unfortunately for you, you don't know when or where that laser is coming! Danger indeed!

Jon Denver returned from the dead but ended up destroying Tokyo after he could no longer sustain the massive energies gestating inside him. The explosion was literally Fuji Mountain high!

Handshakes increased in complexity to the point where only robots could justifiably perform them. Robot handshaking ended up becoming an amazing new entertainment medium, up until the robots started killing people by way of vicious handshakes to the skull and spine.

Researchers discovered the oldest living dinosaur, but accidentally killed it by shoving loads of dynamite into its mouth and then detonating the dynamite.

A popular over-the-counter brand of cheese turned out to be deadly for millions of Americans. What brand you ask? Find out when 2003 comes to its shocking conclusion!

We've seen the future past, now it's time to look towards to the future future! What does 2004 have in store for us? Well, if time has anything to say, and it usually does, probably at least 365 days! If 2003 taught me one thing, it's that the future is always one step ahead. For that, I will always hate it and conspire against it. As far as tangible events go, I'm pretty sure 2004 will be the year the human race destroys itself. Although I have yet to set foot in it, I know I will some day. If my calculations are correct, that day will be January 1st, 2004 at 12:00 AM. Wow, time traveling sure is one crazy roller coaster!

A friendly chat window titled "Integral" asked me to announce a new feature here at SA. I tried to close it and distract it with banter about Mortal Kombat II cheat codes stored in a filing cabinet in my ass, but it was persistent and so I'm forced to comply with its demands. It's my duty to link you to the first edition of Ask Emily, the new feature where real live human beings from the planet Theegeeweeack ask Emily "Integral" Reigal questions on all sorts of issues. Here is one of the tough topics tackled!

Do women find it sexy when I lick my lips, or is my mom just teasing me?

For the response to that and more, click on this mysterious link!