Fox on Sex columnist Jenny Block recently flipped her uterus 720 degrees during a sex-swing incident. While she is recovering we welcome guest columnist, regular Fox News contributor, and former co-host of Hannity and Colmes: Alan Colmes. Mr. Colmes has decided to stick with Jenny Block's original topic for the column. 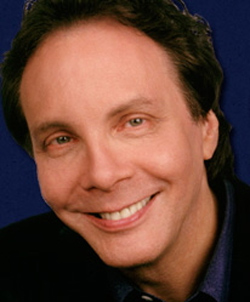 Games of domination and submission in the bedroom can be a lot of fun, but it's important to play safe and respect boundaries.

Every relationship has its own unspoken structure of boundaries that we establish early on. Who is dominant and who is submissive can manifest in every decision made in a relationship. Who is going to be on top? Who is going to use the marital aid to punish whose (whom's?) b-hole? Who gets to sit behind the desk in the $9,000 Niels Diffrient "Acumo" chair and who has to sit on a used librarian's stool with a board down the back of his suit for Lumbar support? All of these questions are answered by ripples the pebbles of our relationships put in that placid lake we call life.

For pleasure some people choose to exaggerate or reinforce these roles in their relationship. Does your husband boss you around? Maybe you actually like it. Maybe it's a good, healthy thing for you to be bossed around. Maybe it's fine for your husband to show up at the Christmas party and see you with your wife and say, "Nice tits, is this your wife? Not anymore, Beast Mode. She's mine for the night. Slip a note under the door when it's time to go."

If you're on a remote with your husband and he says, "Hey, Stucco, give me your car keys. I've been pinching a log for the past hour and I need to take a shit" and you know he's going to crap in your back seat again, but you give him the keys anyway and then have to drive two hours back from the America's Freedom Rally to Atlanta with all the windows down when there are crazy bugs out, well, you're a prime candidate for some D&S play in the bedroom. 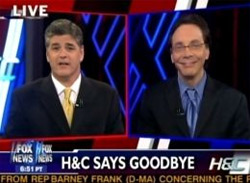 Newcomers to D&S play should start small. Maybe with some verbal commands, groveling, or by cutting their partner's microphone off mid-sentence. If you're the dominant you could have over a controversial guest and then provide your partner with a vetted list of questions that you find acceptable.

Warn them if they deviate you will have to punish them and then if they do deviate from the pre-written questions you can force them to take sick leave, threaten their vanity radio project, break all their car windows with golf clubs, leave long, rambling messages about rape on their voice mail, and change their office phone so they can't get an outside line without asking you first.

I have been doing the D&S thing for most of my life, so I consider myself an advanced submissive. Here are some of the things my wife and I like to get up to: 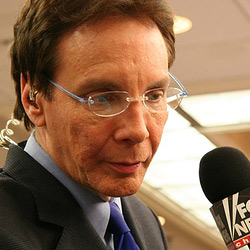 My wife makes me into a bad scarecrow and ties me to a wooden cross. I have to watch while she has sex with a man in a crow suit who ignores me (impotent, useless cucked scarecrow) and then after they're done having sex they carry me out to the cornfield beside our house and stick me in the ground. I don't know when or if they're going to come back. Pretty exciting stuff. Especially when you get arrested for trespassing after two days in the field and you find out your wife has run up all your credit cards and relocated to Pasadena with a high school football coach.

You're going to need barn access for this one, but my wife rents three paddocks for her Arabians named after Founding Fathers. Drill a hole in a board and feed your balls through the hole. Lay on your back on the horse's stall and then put the board across fitted into slots. Remain in this position until the horse steps on your balls at which point you will black out for several hours. You may wake up in Mexico or being buried alive in a coffin. 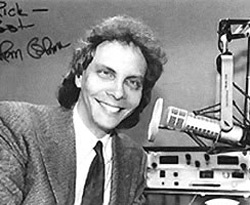 She puts on a strap-on and then sets up a defibrillator beside the bed. She injects me with drugs to stop my heart and then pegs me while I'm technically dead. I experience a death dream in which I am humiliated by my spirit animal (urine coyote) and then, if everything goes to plan, I awake from the defibrillator shocks to find the sex complete. If you try this be sure to have a safe word ready to speak to the ninefold snake face of anti-god that appears from the collapsing universe of your death dream.

This one is brutal. First my wife hires me to be her partner in a media project for several years, all the while diminishing me and using me as little more than a flaccid counterpoint to emphasize the rigid masculinity of her arguments. After years of reducing me to a shriveled, dickless ballbag full of dead sperm she will cut me loose to subsist on the media pan-scrapings of being a guest-analyst for an enterprise that has as its chief goal the delegitimization and destruction of all the positions I claim to advocate. After years of this ghostlife intermezzo I will be a translucent shade, violently dismembered every night only to reform by dawn to slink out from beneath rocks and find my way back to the site of my dissolution. 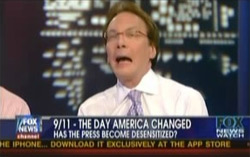 Of course you can also choose to be the dominant in your relationship. Maybe reverse things in the bedroom. If you are generally the submissive you can be the dominant. Maybe you could ask your wife to please hold her hands up while she is kicking your nuggets into blue-black basketballs of internal ball-bleeds. Maybe try mentioning that maybe, under certain circumstances, it isn't entirely okay to waterboard someone.

No, not you. You giddily submit to waterboarding, makes your rod poke up, because you are nothing. Just a hollow-cheeked pile of shredded meat ready to be drilled more than a baton twirling routine. Because that's what you do when you're a cold spit on a sidewalk.