Fox on Sex columnist Jenny Block recently threw out her back in a loofah accident. In her place we welcome guest columnist and Fox & Friends host Gretchen Carlson. Mrs. Carlson suggested this week's topic based on one of many solipsistic "mirror monologues" she composes for her self-zine "Gretch Does."

Fox on Sex: "P" Stands for "Party on the Meat Truck, Boys" 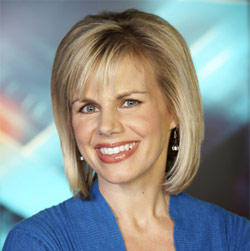 Hey y'all, I'm Gretchen Carlson, doing a little filling in for my good friend Jenny Block who had an accident in Bill O'Reilly's private shower stall that we aren't allowed to talk about according to HR and the attorney who came on set last Thursday.

A lot of people think I'm dumb. That's fine by me. They'll just misunderestimate me that way. I am not dumb at all. Tested IQ 175 at Bob Jones Reverse Mensa. Don't get your noodles tripped up on the "Reverse" there, just like with "Reverse Racism" the "reverse" really just means "extra."

Good old BJ Mensa got declared a rogue chapter of Mensa after we got caught before a Mensa Mathletes competition injecting Chinese testosterone into our medulla oblongatas with abortion needles. We also were accused of being a bunch of silly-billies the bias media called the Library Bombers even though there was only circumstantial evidence related to shoe impressions found at the scene of that Catcher in the Rye library. NO ONE DIED, get over it. My Reverse Mensa name was "Roxanne" and I earned it for driving over the legs of an evolutionist and gosh darned if I'm not proud of it even if the elitists at Mensa don't accept the archery and prayer portions of our IQ tests.

As soon as Jenny Block faxed me on my fax machine I knew what I was going to be doing: a whole jar of peyote buttons and writing an article about the flexing meat walls of my meat truck. Boys, boys, boys, one at a time. Just kidding y'all! All aboard!

The first time I discovered I could astral project I decided to see what all my neighbors were doing. You know what it was? Mostly pooping. They must get up to that all the time. I spend no more than an hour on the p&p bucket and I consider myself extraordinarily fibrous. These guys and gals are thunder bucket rodeo wizards. Smells: also astral. Phew. Do all y'all need to eat egg salad? 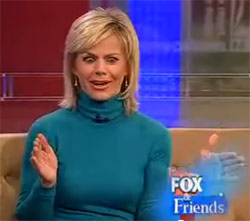 As soon as I heard about the concept of infinity I had to know if it just meant going on and on forever, or if it meant like a number 8 looping back on itself like a Hot Wheel Racer. Well, I found out the answer to that one the hard way. Two words: NO. THANKS.

On the subject of gay I believe there is a legitimate third gender but no one has figured it out yet. This is why I oppose gay marriage. Show me some scripture, y'all. I mean, gosh! Show me a passage. I'm open-minded. No one can show me where it says what it is. Bible Code Templars? Maybe the grail holds the secret of the true gender spectrum we all inhabit. Torf is my guess on the third gender. You heard it here first. Blog it up on your page, Barack Hussein.

What if we encountered angels and aliens at the same time and we couldn't tell which was which? My vote is to kill them all. We can't afford to take any chances and if you read carefully in Corinthians there is nowhere that says it is a sin to kill an angel. I bet Uriel, who according to Milton presides over the sun, never counted on black talon shotgun bullets. Thanks, Uriel, but we can handle the sun from here on out. 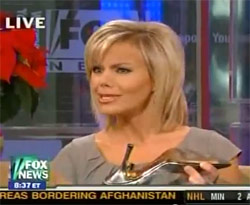 Sometimes I look at pictures of skeletons or I see a real skeleton at a museum and I think about, wow y'all, that's really what we are. Not people, we're skeletons. Like we're only not a skeleton for a really short time and then you're a skeleton for hundreds and hundreds of years and even longer if you get turned into a fossil and fake aged millions of years to test Christian faith. That's exactly why I want to be cannibal buried.

I read a book I wasn't supposed to read once when I was a college junior and I think I might have seen a horse erection. So what if according to the bias media Carl Paladino sent out a video of a woman making love with a horse? Who are we to judge events that transpired outside our immediate perceptions? Who are we to believe a video is a real thing and not a figment created by the false reality of our flawed perception? And why is it wrong to use your hand to make a horse enjaculate? If I want to enjaculate a horse with my hand there is nowhere in the Constitution that says the government has the right to disallow me from enjaculating my property using my hand in a non-erotic, Christian manner based purely around my intellectual curiosity about horse enjaculations. Twit me on twitter on this one. 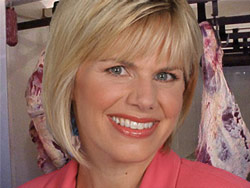 I think what those people are doing to Bread Farve is disgusting. He is a true scruff-necked American hero and should be able to send a picture of his teeny-tiny little baby dick to whomever he so chooses, Amen. His little itty-bitty little baby dick that you just want to wrap up in a little blanket and take it to the store in its bjorn and buy some ice cream bars and muscle magazines and hopefully meet some fun people at the checkout who will ask, "New tiny baby dick, huh? How old is it?" And you can say, "I don't remember, but it's way too old to have to go to practice like a real QB, naturally." And then if they try to touch it you scream rape because it is H1N1 season still because of Indian Summer.

Should we be in Afghanistan? Text your vote to 5667 and we will use these votes to determine whether or not the devil is a real, physical man or a metaphor for evil. Okay, we're back from our gold commercial and it turns out the devil is real, he has a body, he is about 2x human size, he has fire and ice powers, he can levitate, but not fly, he can shape-shift, but only into equal-sized objects, and he is Muslim. If you think the real Muslim devil is planning to use his fire magics to help the Ground Zero Mosque text your vote to 5667. If your vote was no you are wrong because the devil is who we are fighting in Afghanistan and we must honor the sacrifice of our brave troops because we are proud of America unlike Michelle Obama who was proud of America for the first time in 2008.

This never happened. I was never here.