For the first time in the 2.4 million year span of human existence, every line of announcer commentary from the 2010 edition of NBA Jam has been collected in one place. From the sublime to the baffling, we have every interjection shouted at the player by Tim Kitzrow, categorized by the in-game situation that prompts each reaction. 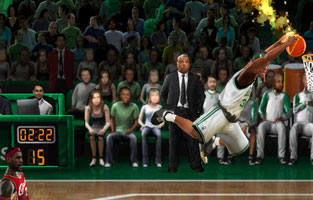 As He Takes Aim And Prepares To Shoot A Deer To Please His Father, A Child Hesitates

While Going For A Layup, One Player Really Thinks About The Fact That We'll All Be Dead In About Sixty Years 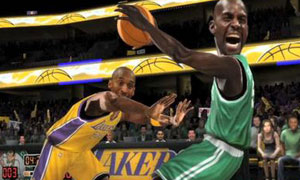 America Won All Wars, The Terrorists And Governments With Differing Structures Signed A Treaty And Thanked Us

Two Dogs Fuckin' At Halfcourt, The Female Goes Through All Stages Of Pregnancy Instantly And Gives Birth To A Litter Of Puppies

Players Realize That Like Half The Audience Is The Same Dude

A Tyrannosaurus Rex Lowers Her Head Into The Stadium